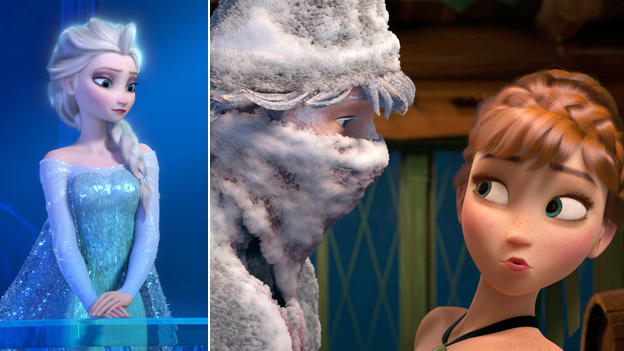 Elsa the Snow Queen, Kristoff and Anna will all feature

Disney has announced it is to bring Frozen back for a special one-off short adventure called Frozen Fever.

It will feature Anna, Elsa, Kristoff and Olaf the snowman and will see Elsa’s icy powers threaten to overshadow Anna’s birthday party.

Oscar-winning animation Frozen is now the biggest animated feature of all time, having taken nearly $1.3 billion (£790m) at the worldwide box office.

Frozen Fever will air next Spring, according to Variety.

The news was revealed during TV special The Story of Frozen: Making an Animated Classic, which aired on ABC in the US on 2 September.

The behind-the-scenes show also gave fans a preview of how Frozen characters Anna, Elsa and Kristoff will appear in a forthcoming episode of ABC’s live action hit Once Upon a Time.

The new animated short will feature a new original song by Robert Lopez and Kristen Anderson-Lopez, who won an Academy Award for Let It Go.

Both Jennifer Lee and Chris Buck will return to direct it, although it’s not yet known exactly how Frozen fans will get to see it.

Meanwhile two more shorts have been announced by Disney. Pixar’s Lava will feature a Hawaiian volcano who sings Somewhere Over the Rainbow and will be played ahead of Inside Out, which is due in cinemas early next summer.

A Boston terrier puppy called Winston, who shares meals under the table with his owner, is the star of Feast and will be seen alongside Big Hero 6, due later this year.

When Shakira met Gordon Brown, and other politician-celebrity...

Jimi Hendrix 'would have pioneered rap'