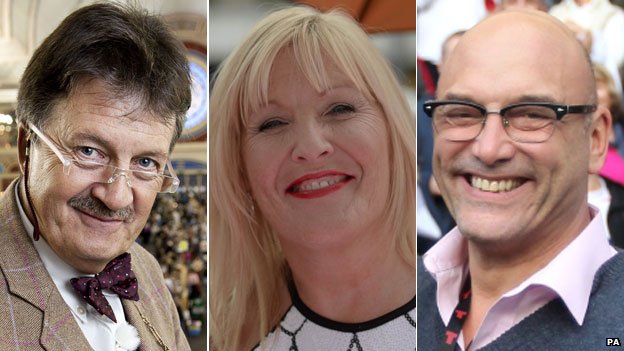 The complete line-up for this year’s Strictly Come Dancing series has been revealed ahead of the BBC One talent show’s launch night on 6 September.

Tess Daly and Claudia Winkleman will co-host the ballroom competition.

The pair were confirmed as the show’s new full-time hosts following Sir Bruce Forsyth’s decision to step down as presenter.

Gibney, who plays Mrs Brown’s daughter in the popular sitcom and is the wife of Mrs Brown herself – comedian Brendan O’Carroll – said “excited” was an inadequate word to describe how she felt to be taking part in the show.

Former greengrocer Wallace said he could not wait to “live in a Strictly bubble”, while former auctioneer Wonnacott said he had signed on so he could take his wife dancing on their 30th wedding anniversary.

Bookmaker William Hill has made Pixie Lott 5-1 favourite to win, closely followed by Bridge and Webbe, who are both 6-1. Wonnacott is the 33-1 outsider.