Fundraising appeal on hold after arrests 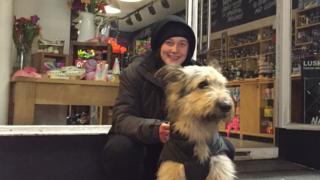 A donation fund for a homeless woman who said she stopped a burglary has been put on hold after two people were arrested.

Lottie Pauling-Chamberlain, who sleeps outside Lush in Oxford, said she challenged a thief on 10 February.

Now a woman, 29, of no fixed address, has been held on suspicion of conspiracy to burgle and possessing Class A drugs, police said.

A man, 42, also of no fixed abode, has been arrested on suspicion of burglary.

Staff at the shop in Cornmarket Street said a laptop and large box of cosmetics had disappeared when they opened the shop last week.

The next day Ms Pauling-Chamberlain, who sleeps rough in the area with her dog Marley, returned the stolen items.

But a spokeswoman for the cosmetics chain said …read more