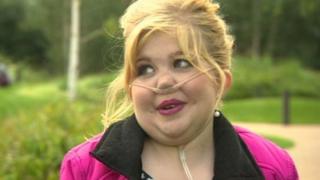 The funeral of a woman who was given just weeks to live at the age of four, but lived to 20, takes place later.

Kirsty Howard was one of only two people in the world born with a back-to-front heart.

She died on 24 October, but spent years raising millions of pounds for Francis House children’s hospice in Manchester, from where her cortege will depart.

Her funeral service takes place at 12:00 GMT at St Michael and All Angels in Northern Moor.

The cortege will travel from Rack House Primary and Lancasterian Schools and on to Southern Cemetery in Manchester.