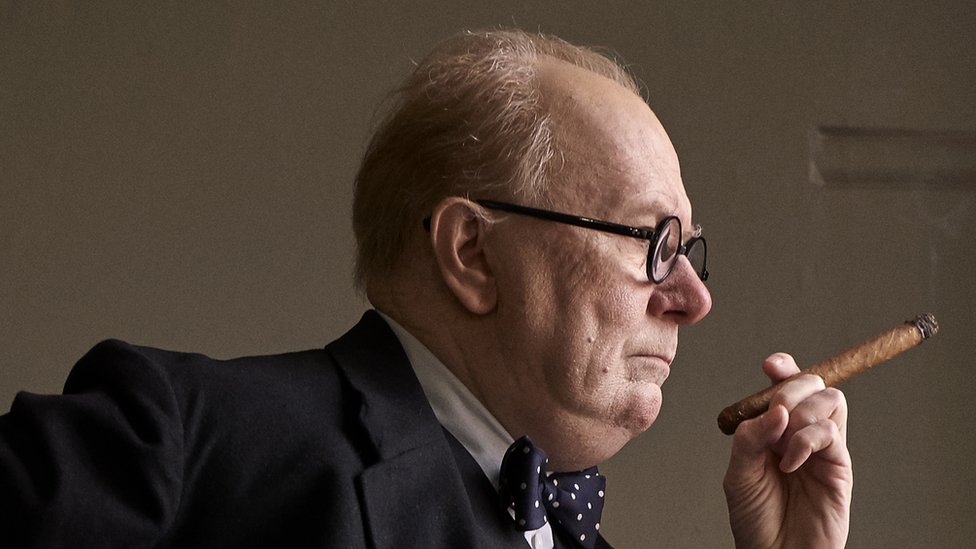 The first photo of Gary Oldman as Winston Churchill in a new film about the British prime minister’s early days has been released.

It shows the actor transformed by prosthetics, complete with glasses and a cigar.

Pride and Prejudice director Joe Wright is at the helm of the historical drama, Darkest Hour.

The film focuses on how Churchill deals with the growing threat of Nazi invasion in the early days of World War Two.