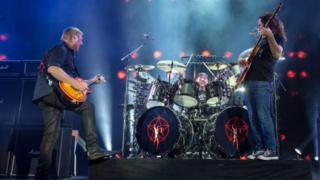 Rush singer and bassist Geddy Lee has said he hopes the band’s touring days aren’t over.

The Canadian rock band completed a 40th anniversary North American tour this summer amid rumours it might be their last.

Earlier this week it was …read more