Pre-orders of the new Band Aid single have been “manic” since its unveiling, organiser Bob Geldof has revealed.

The musician and campaigner admitted he had been “a bit nervous” but said the response had been “extraordinary”.

“From what we’ve seen from iTunes it’s gone bonkers,” he told Radio 4’s Today programme on Monday. “Within four or five minutes we had a million quid.”

One Direction and Ed Sheeran are among the performers on the reworked version of Do They Know It’s Christmas?

A video for the song, re-recorded to raise money to tackle the Ebola crisis in West Africa, was shown on ITV’s The X Factor on Sunday.

The track is now available to download at a cost of 99p. A CD version, costing £4, will be released in three weeks. 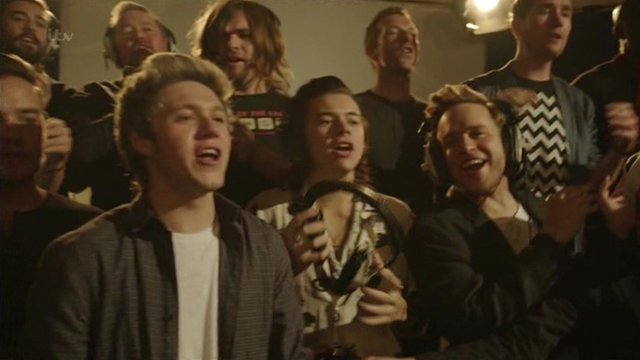 Murdoch to step down as Fox boss