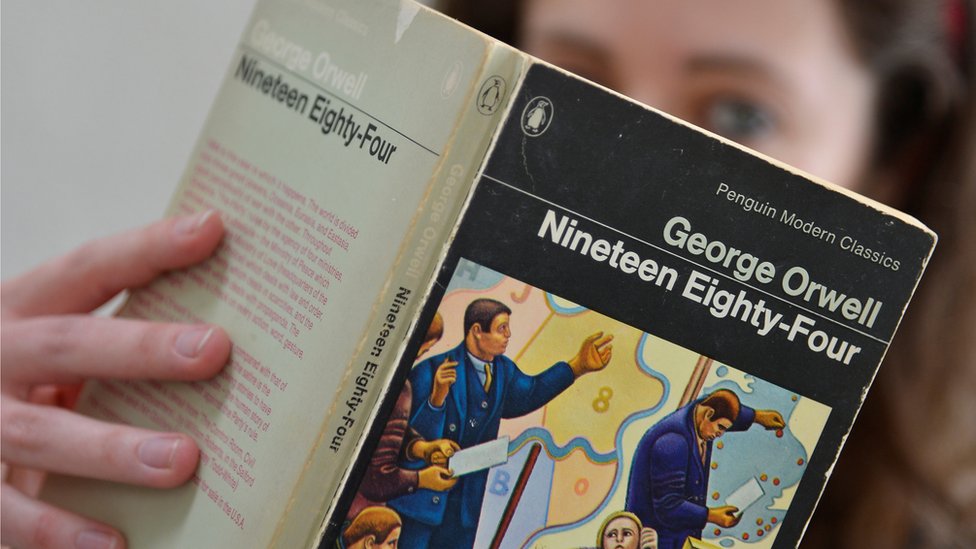 Dystopian novel 1984 has been topping US bestseller lists in recent weeks – and now a stage version previously seen in the West End is heading to Broadway.

Its talk of “newspeak” and surveillance seem to have struck a nerve recently.

Sales of the George Orwell book rose after US president Donald Trump’s adviser said the White House was issuing “alternative facts” over the size of the crowds at his inauguration.

The Olivier Award-nominated play will open in New York in June.

Orwell’s novel, telling the story of Winston Smith who works at the Ministry of Truth, was published in 1949 and has not been out of print since, selling nearly 30 million copies to date.

In the book, society is run by The Party which is led by a shady figure called Big Brother – and yes, that’s where the phrase “Big Brother is watching you”, as well as the name of the reality show come from.

A key part of Orwell’s book is the way that the Party uses simplistic slogans to warp reality, like Black is White, 2+2=5, War is Peace, Freedom is Slavery, Ignorance is Strength.

But it has seen a recent spike in popularity, topping the Amazon.com bestseller list and seeing a rise in sales in the UK as well.

The last time sales went up was in 2013, at the time of Edward Snowden’s spying revelations.

The Headlong productions play, produced by Sonia Friedman and Scott Rudin, is going to be performed at the Hudson Theatre in New York. It was created for the Nottingham Playhouse and Almeida Theatre in London before transferring to the West End.

The US cast has not been revealed yet.

COLLABRO – JOURNEY TO THE PAST