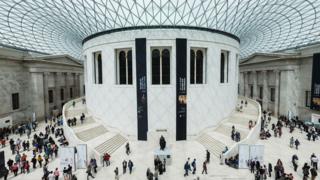 The British museum is the nation’s most popular visitor attraction

The British Museum is set to appoint a German art historian as its new director, according to reports.

Hartwig Fischer, whose appointment has yet to be officially confirmed, would be the first non-British head of the institution since the 1860s.

Dr Fischer is currently director general of the Dresden State Art Collections and was formerly director of the Folkwang Museum in Essen.

Neil MacGregor steps down as director of the British Museum in December.

The museum is the most popular visitor attraction in Britain, welcoming …read more