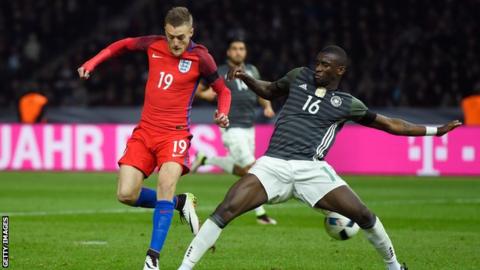 Jamie Vardy and Eric Dier scored their first international goals as England came from 2-0 down to beat Germany in a friendly in Berlin.

Toni Kroos and Mario Gomez had put the hosts in control, as England lost goalkeeper Jack Butland through injury.

But Harry Kane pulled one back for England with a superb solo effort and Vardy’s audacious back-heel brought them level.

Dier then headed in the winner to seal the comeback in injury time.

Autumn Statement: 'Mistake' not to invest in social...