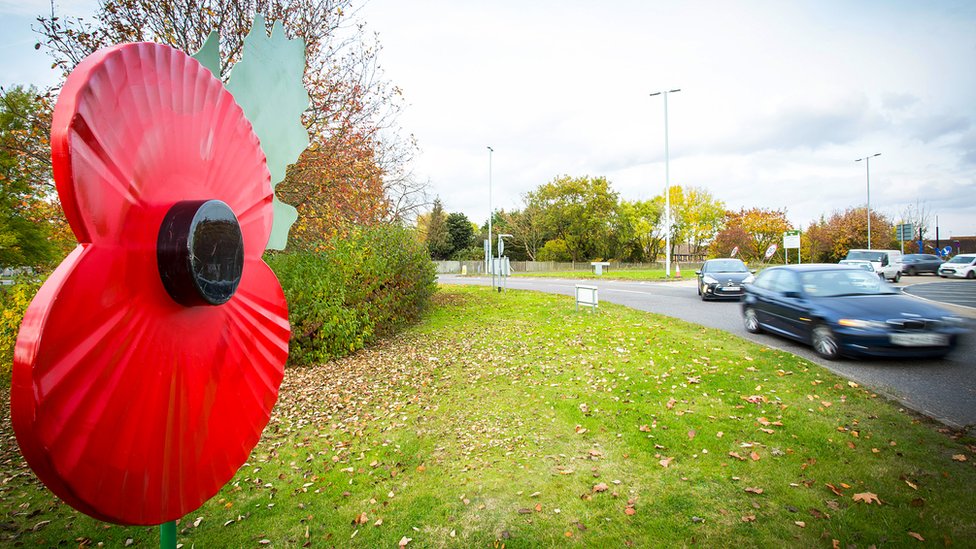 Giant poppy sculptures placed on roundabouts in Bracknell in tribute to those who lost their lives in conflict have been stolen.

The four 6ft (1.8m) metal and fibre-glass poppies were among 30 placed in the area by Bracknell Forest Council.

The authority said whoever was responsible “must have planned” the thefts to remove them as they were bolted into the ground.

It appealed for the thieves to return them as they are re-used annually.

“It is utterly shameful to steal items which are a simple memorial to those who gave their lives in armed conflicts,” she said.

The poppies were taken from the roundabouts at Raeburn Way, Sandhurst, Bowland Drive/New Forest Ride, Foresters Way and the 3M roundabout.

The poppies have been installed at the roundabouts and other roadside locations across the borough ahead of Armistice Day and Remembrance Sunday since 2013.

Anyone with any information about the thefts is asked to contact Thames Valley Police.

Parents of truants to have benefits cut