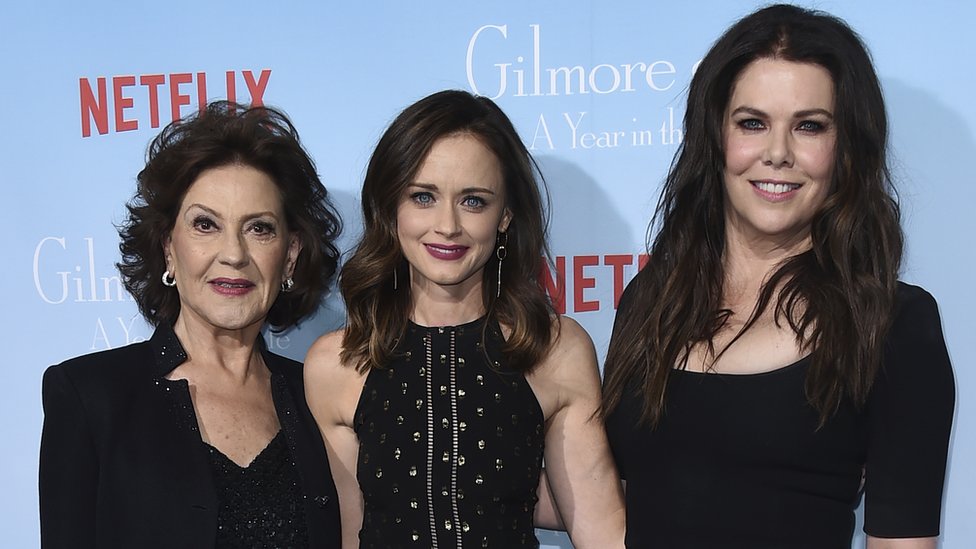 Fans of Gilmore Girls are gorging on the first new episodes of the the US drama for nine years – and the early reviews are broadly positive.

Netflix has revived the show with four new episodes.

Writing in The Sun, Joanne Kavanagh said watching Gilmore Girls: A Year in the Life was “like walking back into a giant warm comforting hug.”

She added: “Fans will squeal at the nostalgia that is packed into the new reboot.”

In the Radio Times, Eleanor Bley Griffiths wrote that Gilmore Girls: A Year in the Life did “not disappoint”.

“It is a relief to see that the central feel of Gilmore Girls has been preserved with love,” she added.

“In a time when the outside world seems bleak and divided and uncertain, sitting down in front of Netflix’s Gilmore Girls: A Year In The Life is like taking a warm bath or eating your grandma’s chicken soup.”

In his review, Digital Spy’s Tom Eames wrote: “The script is as fresh and slick as ever, and it is somehow both nostalgic yet fits right into the TV landscape of 2016.”

He added that the revival was “a treasure trove for all die-hard Gilmore Girls fans who have missed the fast-paced dialogue and pop culture references of the titular mother-and-daughter duo”.

He wrote: “Because this is not the first revival of a beloved TV property that falls flat and will hardly be the last, I feel compelled to note that the show’s very existence bummed me out.

“I think Gilmore Girls fans deserve better than this jaggedly written throwback of a show.”

Deadline’s Dominic Patten was more positive, writing: “Like the TV comfort food it is this holiday season, Netflix’s Gilmore Girls has something to munch on for both the devoted fan and the casual admirer.

“Unlike Amazon’s recently debuted The Grand Tour – aka a tired Top Gear redux – the new Gilmore Girls is comfortable with itself and has somewhere to go besides around in circles.”

The original Gilmore Girls ran from 2000 to 2007. The four new 90-minute episodes were released on Netflix simultaneously overnight.

Many fans who had seen the opening episode of the revival reacted positively on Twitter, but others were somewhat disappointed.

Lee Ryan and other singers who became soap...