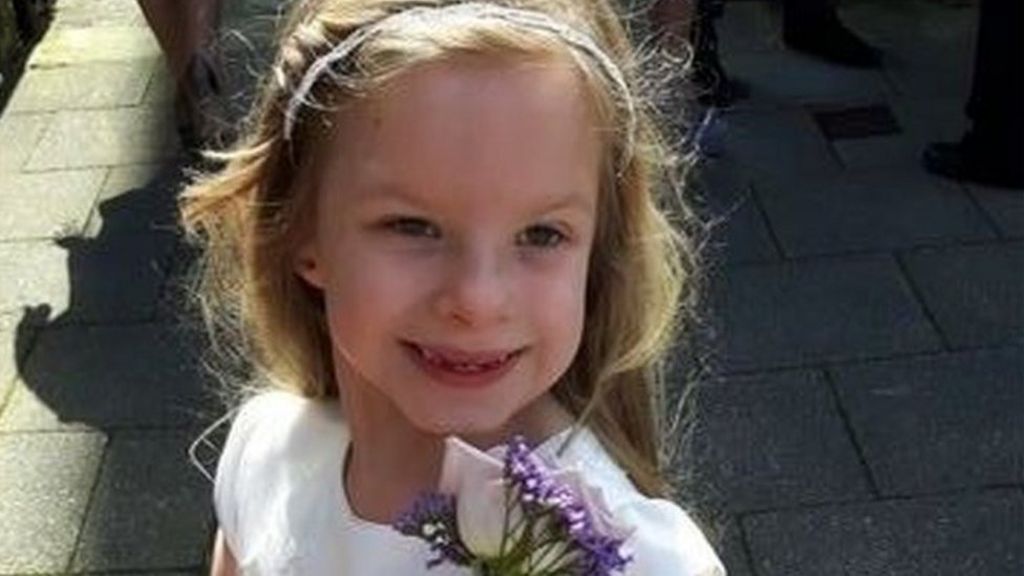 The death of a six-year-old girl, who was found unconscious near her father’s body at a house on the Isle of Wight, is being treated as murder.

Keziah Flux-Edmonds was discovered at the house, in Cromwell Avenue, East Cowes on Wednesday and died later in hospital.

A post-mortem examination showed her father Darren Flux-Edmonds, 44, hanged himself.

Police said his death was not being treated as suspicious.

The post-mortem examination on Keziah’s body was undetermined and further tests are being carried out, Hampshire Constabulary said.

A statement said detectives were treating her death as murder and were continuing their investigations on behalf of the coroner.

Det Insp Simon Baker said: “We are not looking for anyone else in connection with this incident and our specialist officers are continuing to support family members.”

More than 200 neighbours, family and school friends gathered at the home for a candlelit vigil on Thursday evening.

Flowers, toys and candles have been laid outside the house in the newly-built estate.

Pupils and teachers at Keziah’s school – Queensgate Foundation Primary – will be offered support after the half term holiday.