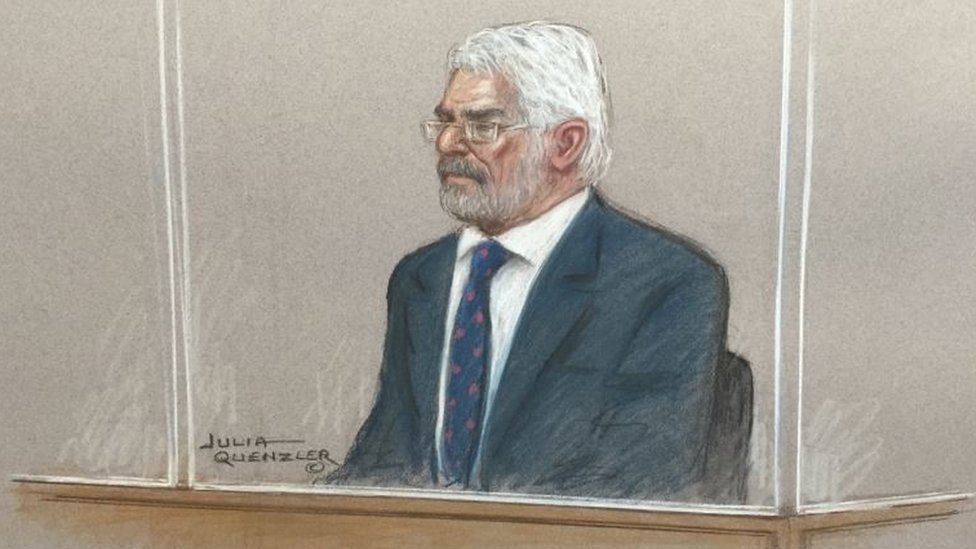 A teenager feared former celebrity publicist Max Clifford was “going to kill her” when he forced her to perform a sex act on him, a court has heard.

The alleged victim, now married with children, told Southwark Crown Court he had said: “It’s only a bit of fun.”

But the woman, who cannot be named for legal reasons, said she had “no experience” and was scared of him.

Giving evidence, the woman told the jury: “He unzipped his trousers and came towards me”, before forcing her to carry out a sexual act.

“It felt like it was going on for ages,” she said.

“I actually thought he was going to kill me. I had no experience and really didn’t know what was going to happen next.”

She told the court the alleged incident only ended when a delivery person knocked at the door.

She said she did not tell anyone until several years ago because it was “not the sort of thing nice girls talked about”.

“I didn’t think I would be believed or that anyone would do anything,” she added. “He was so powerful. I’m nobody.”

She also told jurors Mr Clifford insisted she wore skirts to work and would leave photographs of naked women on his desk for her to see.

Some of the biggest names in show business, including pop mogul Simon Cowell, late reality TV star Jade Goody and boxer Muhammad Ali, were represented by Mr Clifford during his career.

Mr Clifford, of Hersham, Surrey, was charged under Operation Yewtree, the Met Police investigation set up in the wake of the Jimmy Savile scandal.

M20 reopens after days of delays

Missing killer 'could be a risk to public'