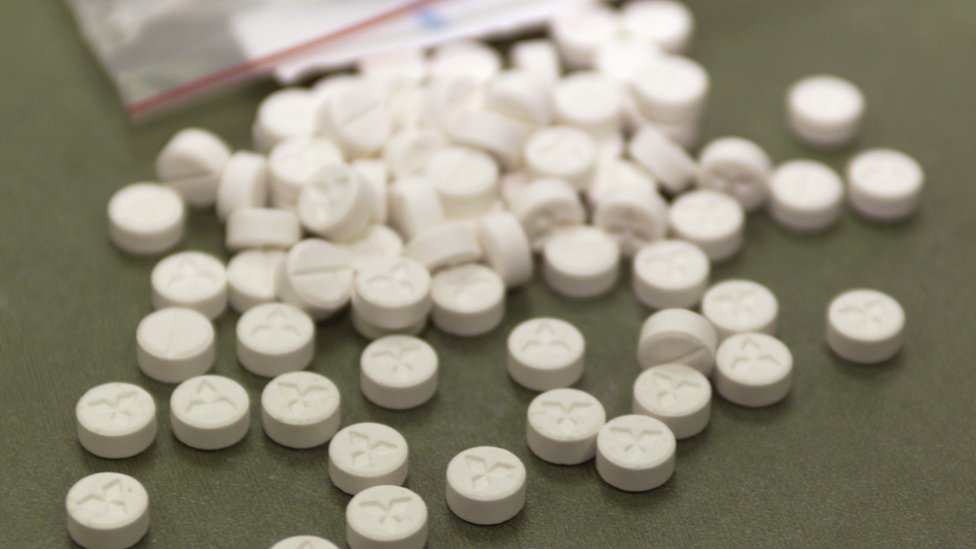 Officers were called to Salford Precinct on Saturday night following reports the children had taken pills.

All three were taken to hospital, where they are in a serious condition.

Greater Manchester Police is investigating how the girls got hold of the drugs, described as “Teddy Tablets”.

It is thought the girls are among the youngest people in the UK to have fallen ill after taking the drug.

Last month, a 17-year-old girl died in Greater Manchester after suffering an adverse reaction to ecstasy. Two people arrested in connection with her death are on bail.

Det Ch Insp Chris Walker said: “Sadly, three more young people, who are only 12-years-old, have taken ecstasy and ended up in hospital.

“It is imperative young people understand the implications and avoid taking drugs, to stop any more young people ending up in hospital.”

The detective said three other young people had been hospitalised in recent months after taking a variation of ecstasy.

He added the force would continue to warn people of the dangers of taking drugs.

Speaker Bercow: Trump should not speak in Parliament

Theresa May says no to general election TV...