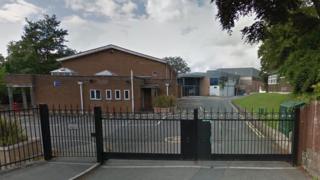 The attack “spilled over from external incidents on a neighbourhood estate”, a letter from Notre Dame School read.

Staff “intervened in the fight” and the student was left “shocked and bruised”, head teacher Katherine White told parents.

Devon and Cornwall Police are investigating and school security has been increased for pupils’ protection.

George Osborne says he will not enter Tory...

Retired soldier 'stabbed wife before gassing them both'