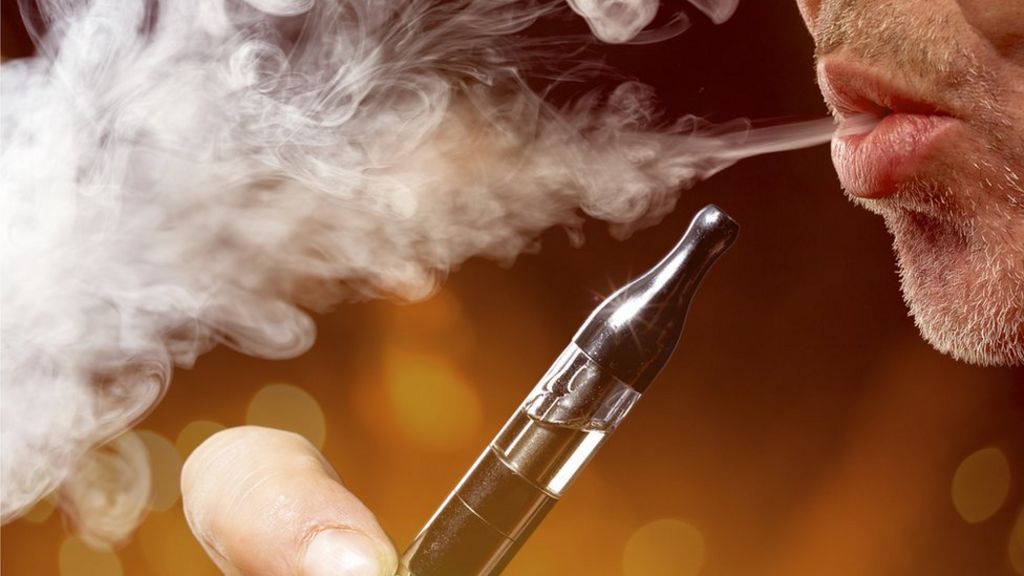 Smokers should be offered and encouraged to use e-cigarettes to help them quit, says a leading medical body.

The UK’s Royal College of Physicians says there is resounding evidence that e-cigarettes are “much safer” than smoking and aid quitting.

With the right checks and measures, vaping could improve the lives of millions of people, it says in a new, 200-page report.

It says fears that e-cigarettes are a gateway to smoking are unfounded.

But, by and large, people who want to use electronic cigarettes will still need to buy them rather than get them on the NHS.

Do e-cigarettes make it harder to stop smoking?

Should we switch from tobacco to e-cigarettes?

UK doctors can only prescribe e-cigarettes if they have been licensed as a “quit smoking aid” – something that requires strict regulation.

Few manufacturers go down this route and instead sell products to satisfy users’ desire for nicotine without the harmful chemicals produced by tobacco.

Sales of e-cigarettes have been rising steadily since the first went on sale in 2007 in the UK.

Since 2012, they have replaced nicotine patches and gum to become the most popular choice of smoking cessation aid in England.

Around one in 20 adults in England uses e-cigarettes, and nearly all of these are ex-smokers or current smokers who are trying to cut down or quit.

The Royal College of Physicians says smokers who use e-cigarettes or prescribed medications – with support from their doctor – are more likely to quit permanently.

1. On some e-cigarettes, inhalation activates the battery-powered atomiser. Other types are manually switched on

2. A heating coil inside the atomiser heats liquid nicotine contained in a cartridge

3. The mixture becomes vapour and is inhaled. Many e-cigarettes have an LED light as a cosmetic feature to simulate traditional cigarette glow.