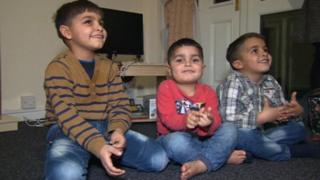 The UK should take in 3,000 child refugees stranded in Europe, as part of its humanitarian response to the Syrian conflict, MPs have said.

The International Development Committee said it backed calls from charities for the UK to accept more unaccompanied minors as a matter of “utmost urgency”.

Lone children risked being forced into prostitution or the drugs trade unless given sanctuary, the MPs said.

But humanitarian campaigners say this is inadequate and that refugees already in Europe should qualify for resettlement under the UK’s Vulnerable Persons Relocation (VPR) scheme, which is currently restricted to those in refugee camps in Syria and neighbouring countries.

BHS: Sir Philip Green to give evidence to...