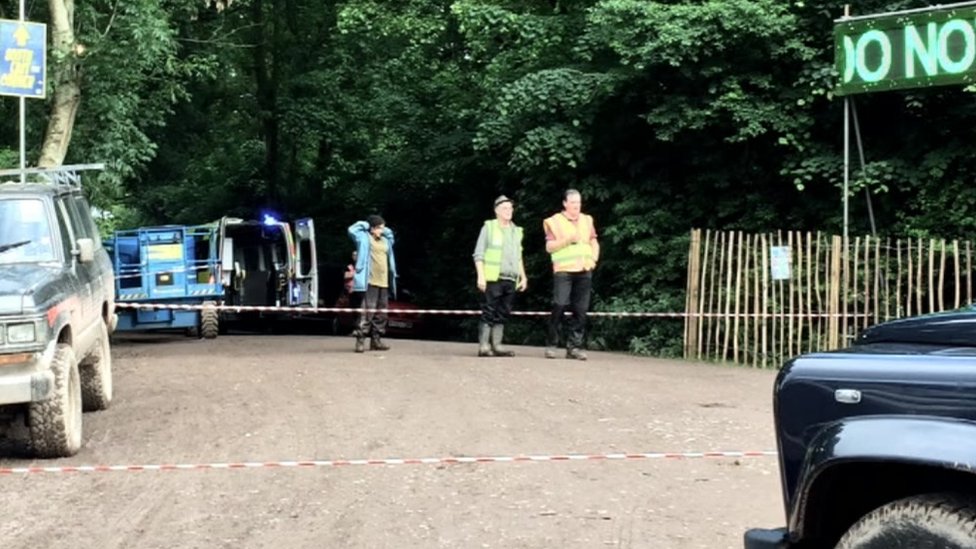 A man who suffered severe burns at the Glastonbury Festival site has died, police said.

The man, thought to be in his 20s, was taken by air ambulance from the Somerset site to Southmead Hospital in Bristol shortly after 17.20 BST.

He was later transferred to the Queen Elizabeth Hospital in Birmingham where he died, Avon and Somerset Police said.

A police spokesman said they are treating the death as unexplained, but do not believe it to be suspicious.

The man’s family has been informed.

Final preparations are taking place at Worthy Farm before gates are opened to the public on Wednesday.