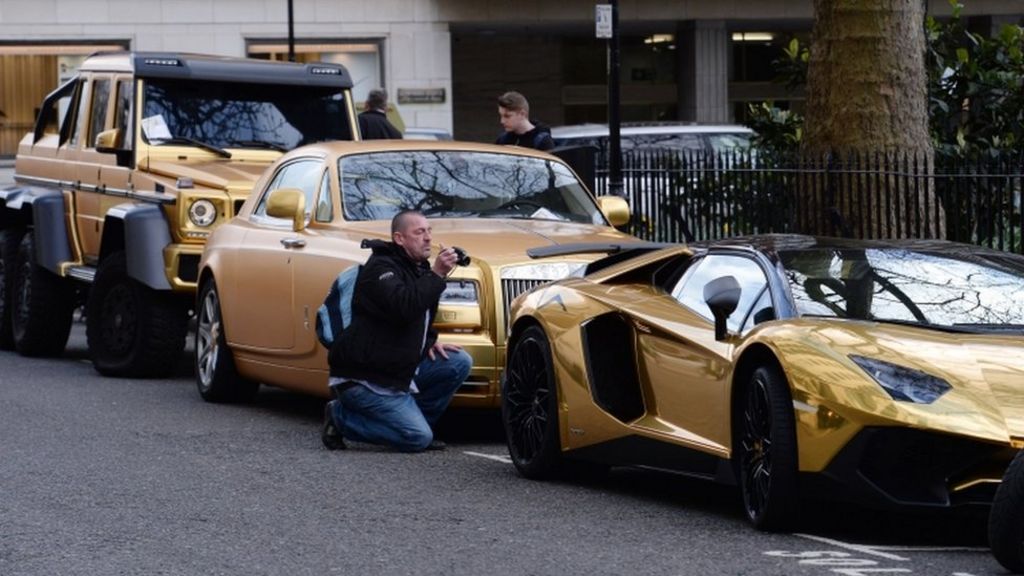 Three gold supercars parked in London’s Knightsbridge have been given parking tickets.

The Lamborghini Aventador, Mercedes G63 6×6 and Bentley Flying Spur, were parked with a gold Rolls Royce in Cadogan Place near the Jumeirah Carlton Tower Hotel.

There are two separate £80 penalty charge notices on the Lamborghini, and one each on the Mercedes and Bentley.

The cars appear to be in pay-and-display bays and risk being towed away.

The cars are believed to be Saudi Arabian-owned.

Timothy Coleridge, councillor for the ward in Kensington and Chelsea said he would raise the issue with the borough’s parking department.

“It’s very rare that anyone would leave their car in a pay-and-display bay and leave it for more than a day as they risk the chance of it being towed away.

“No one has done this before. Normally they rent a garage rather than park them in the street.

“We would not differentiate between somebody with a gold Rolls or a beaten-up Renault 5.”

Every summer exclusive cars belonging to the super rich descend on London’s streets and many attract parking fines.

Last year in November, Kensington and Chelsea council put a ban on motorists from revving engines, sudden acceleration and racing on the streets of Knightsbridge following complaints from residents.

Many people gathered to take a look at the supercars, among them was Charlotte Eaton, from London.

She said: “They are incredible, they’re amazing – I mean they’re disgusting, you wouldn’t want one.

“It’s ridiculous, but I suppose when you’ve got that sort of money, you don’t give a damn.”

Santa vs Jesus board game 'blasphemous'