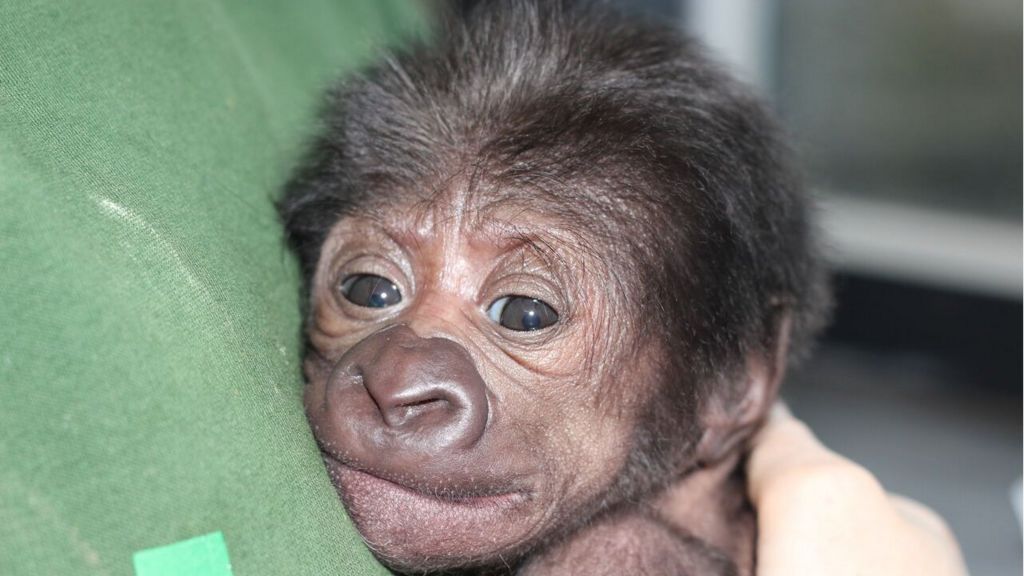 A baby gorilla is “doing well” after being delivered by Caesarean section in a rare operation at Bristol Zoo.

She needed help to breathe on her own, but staff are now “cautiously optimistic” for mother and baby.

There have only been a few gorilla C-sections in the world – most recently at San Diego Safari Park in 2014.

The 11-day old Western lowland gorilla – a critically endangered species – was delivered by gynaecologist Professor David Cahill, who has delivered hundreds of human babies by C-section, but never a gorilla.

“Along with having my own children, this is probably one of the biggest achievements of my life and something I will certainly never forget,” he said.

He was called in for his opinion after the mother, Kera, appeared ill in late pregnancy.

The zoo said the operation was “very challenging” and the baby had needed intensive care after birth but was getting stronger every day and had responded well to “skin-to-skin” contact with her mother.

It is believed there have only been nine other similar operations worldwide.

Senior curator of animals John Partridge said: “The birth of any gorilla is a rare and exciting event; but the birth of a baby gorilla by caesarean section is even more unusual.

“It wasn’t a decision that we took lightly. Kera was becoming quite poorly and we needed to act fast in order to give the best possible treatment to mother and baby, and to avoid the possibility of losing the baby.”

The baby gorilla is currently not on show at the zoo.