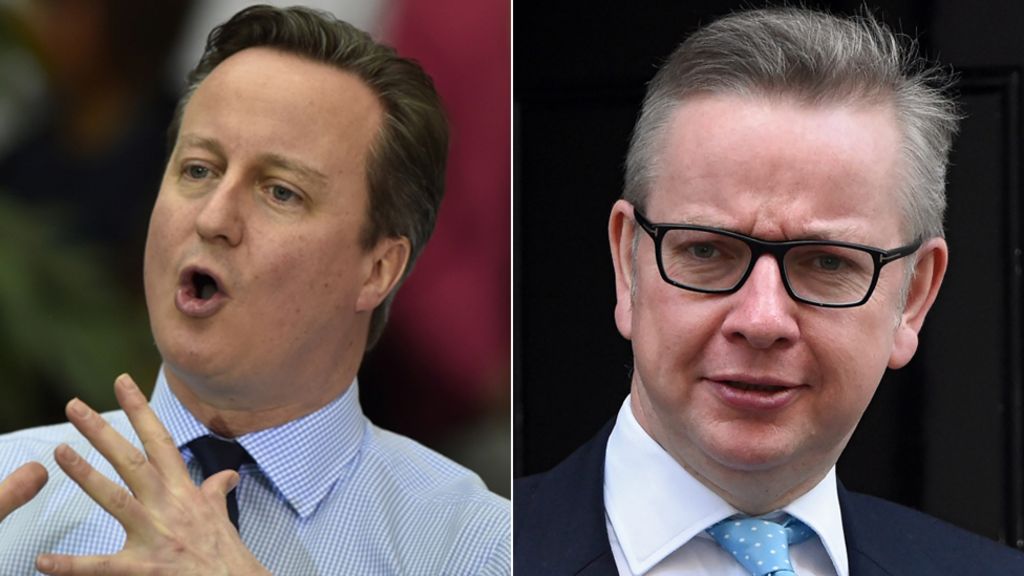 David Cameron’s EU reforms are not legally binding and could be overturned by European judges, Justice Secretary Michael Gove has told the BBC.

Mr Gove – one of five cabinet ministers campaigning for the UK to quit the EU – told the BBC the European Court of Justice was “not bound” by the PM’s agreement until treaties are changed.

The PM has said the package is “already legally binding and irreversible”.

It could only be overturned by all EU states including the UK, he says.

People in the UK will vote on whether to remain a member of the EU on 23 June.

The reform deal paving the way for the referendum promises changes to the EU’s binding treaties in two areas – exemption for the UK from an “ever-closer union” and protection for countries not using the euro.

Mr Gove, a close friend of the PM, told BBC political editor Laura Kuenssberg “the facts are that the European Court of Justice is not bound by this agreement until treaties are changed and we don’t know when that will be”.

He said Mr Cameron was “absolutely right that this is a deal between 28 nations all of whom believe it”, adding: “But the whole point about the European Court of Justice is that it stands above the nation states.”

Mr Cameron has “not been misleading anyone”, Mr Gove went on, but he added: “I do think it’s important that people also realise that the European Court of Justice stands above every nation state, and ultimately it will decide on the basis of the treaties and this deal is not yet in the treaties.”

On Monday, Mr Cameron told MPs: “The reforms that we have secured will be legally binding …read more

Amina Al-Jeffery: 'Locked up' woman must be allowed...