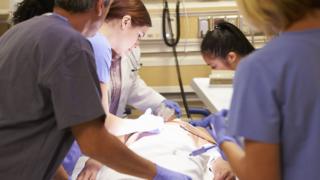 Non-EU patients ‘should be charged for GP services’

Overseas visitors should be forced to pay for using some GP services as well as ambulances and A&E care, the government says.

It would save £500m a year and ensure such patients made a fair contribution, the health secretary said.

Earlier in the year, the government indicated it intended to charge for A&E and ambulance care, but this has now been extended to some GP services too.

Doctors’ leaders said GPs should not act as “immigration control”.

Under the proposals, refugees and asylum seekers would be exempt from charges, and no-one would be denied emergency care at the point of need, the government said. A consultation will start on Monday.

We want to make sure that everyone makes a fair contribution to services…Jeremy Hunt, …read more

FIFI RONG – ‘SINCE WHEN’ (OFFICIAL VIDEO)