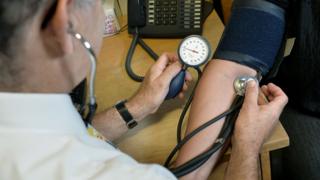 In one case GP surgeries were offered £11,000 to reduce patient referrals

Doctors are being offered thousands of pounds in bonuses to cut the number of patients being sent to hospital, an investigation has found.

The British Medical Association GPs committee said such incentives were “crude” and “misguided”.

Oxford University to have 'most state school students...

Asda to increase price it pays for milk