Great British Bake Off: More than 10 million tune in to first episode 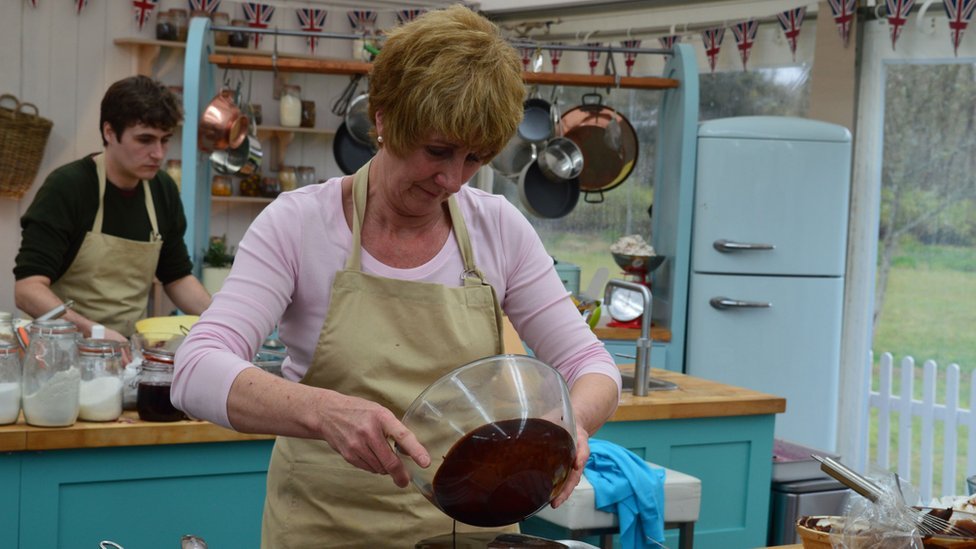 The Great British Bake Off attracted an average 10.4 million viewers as it returned for a seventh series – a record opener for the BBC One show.

That means it beat the most-watched moments of the Rio Olympics, which peaked at 11.1 million viewers.

Judge Paul Hollywood said the show was going “back to basics” this year, with critics praising its winning recipe.

Jane Beedle was named the first star baker of the series while church minister Lee Banfield – the oldest contestant at 67 – was the first to leave after Hollywood said one of his cakes was too dry.

Banfield said: “I’ve always enjoyed baking and at church I do regular baking demonstrations. I won’t show the congregation how to make a Jaffa cake, I am not going to repeat that experience – I’ll buy them a pack instead.”

Beedle, 61, seemed shocked to be first to receive the star baker accolade, after impressing with a lemon and poppy seed drizzle cake and a chocolate and orange cake in the final round.

Michael Hogan, in the Telegraph, noted the series had arrived “in the nick of time to haul the nation out of its post-Olympic slump”.

He said: “The judges slipped straight back into their good cop/bad cop routine, while presenters Mel and Sue pepped up proceedings with double entendres and downright silliness.

“Bake Off’s format is a well-oiled (well-buttered?) machine and it would be foolish to change a winning recipe.”

Jan Moir, in the Daily Mail, said it had been a …read more