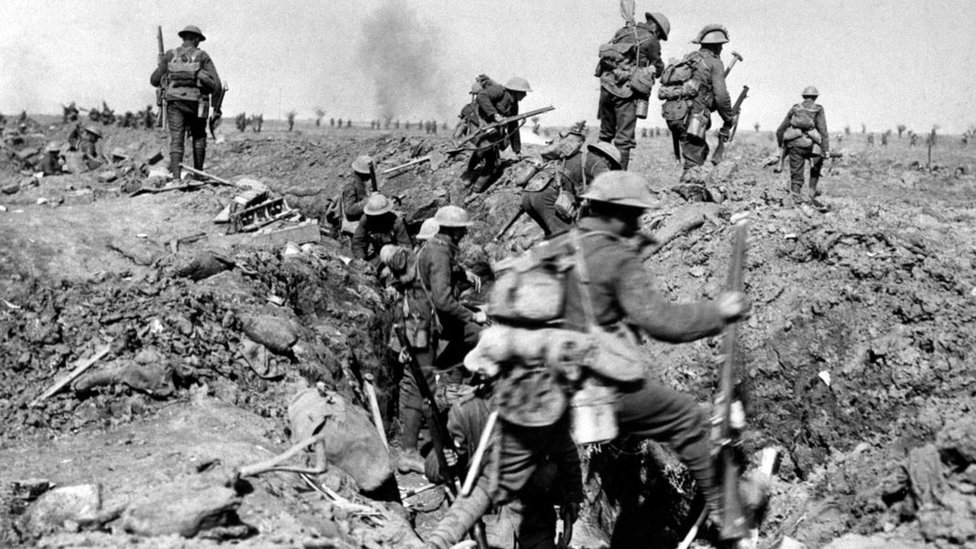 More than a dozen war memorials have received greater protected status to mark the centenary of the Battle of the Somme.

Seven memorials have been given newly protected status and eight have had their protection upgraded, Historic England said.

The Battle of the Somme began on 1 July 1916 and is considered to be one of the bloodiest in human history.

On the first day alone, almost 60,000 soldiers were killed, hurt or missing.

When the battle ended in November 1916 about one million soldiers were dead or wounded, among them were 420,000 British casualties.

Memorials to the Pals Battalions are among those to receive greater protected status.

Many recruits in the Pals Battalions did not see major action until the Somme, when they suffered heavy casualties, with towns, cities and even particular streets losing a large number of men.

There are also memorials for nurses, vets, and a young scout killed in the battle.

One memorial, a simple stone pillar on the North Yorkshire Moors, commemorates two young shepherds who were boyhood friends and signed up together in 1914.

David Evennett, heritage minister, said: “These memorials are a poignant reminder of those who lost their lives in the Battle of the Somme 100 years ago and an important part of our heritage.”

Upgraded to Grade I

Body found one hour after 999 calll