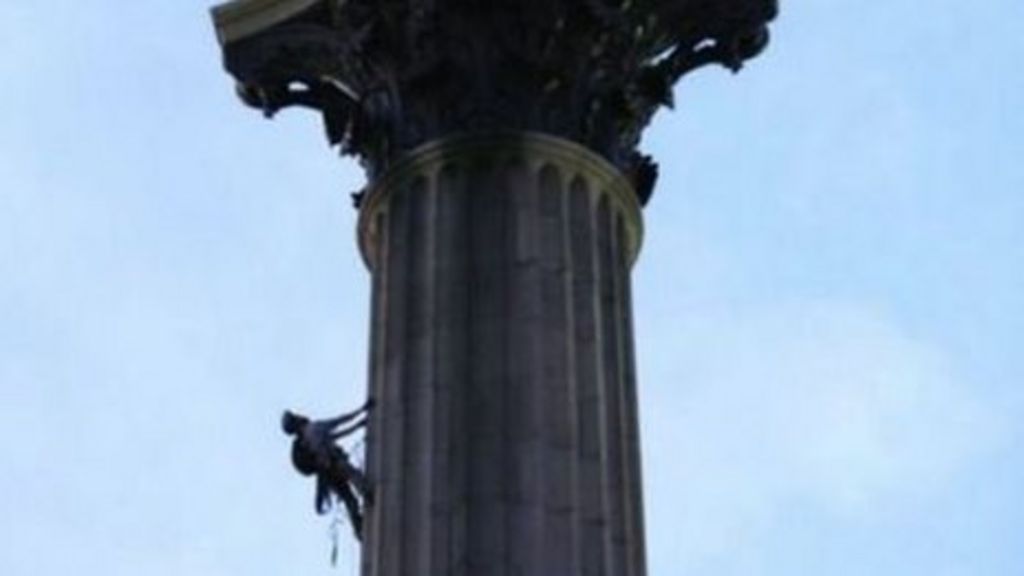 Activists from the environmental group Greenpeace have scaled the 52m high Nelson’s Column in Trafalgar Square, London, to highlight what it says are dangerous levels of air pollution.

Protestors have placed surgical masks over famous London statues, including Eros in Piccadilly Circus and the Oliver Cromwell statue at Parliament.

The group says it plans to target 17 statues in the capital on Monday.

Four people have been arrested in connection with the protests.

Emergency services are at the scene in Trafalgar Square.

London’s Metropolitan Police said four people were arrested in connection with the protest at the Oliver Cromwell statue at Parliament Square at about 06:20 GMT.

Greenpeace said the protest was to highlight the “public health crisis” of air pollution, which it said was “cutting short 40,000 lives every year”.

The group wants the government to focus on greener public transport, push electric vehicles and create clean air zones around schools and hospitals.

Wirral teen celebrates nine A* grades and has...