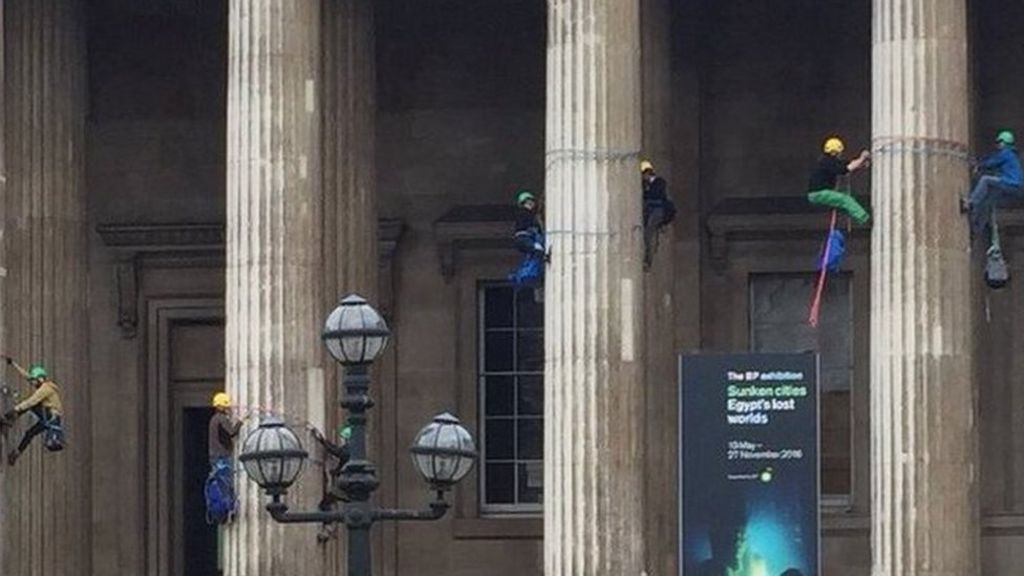 Greenpeace activists have scaled the British Museum in protest at BP’s sponsorship of an exhibition it claims diverts attention from its “polluting” practices.

The protest closed the London museum on the opening day of the Sunken Cities exhibition, about two lost Egyptian cities buried under the sea.

Greenpeace said BP are using the “spectacular” show to clean up “the polluting realities of its business.”

However, the oil company said it was “proud” of the show.

A spokesman said: “We’re here today taking a stand because of the irony of an oil company sponsoring an exhibition whose name practically spells out impacts of climate change. What were they thinking?”

Activist Elena Polisano said BP was “responsible for one of the worst oil spills in history” and was committed to digging up and burning more fossil fuels.

She said: “We know that the deal between the British Museum and BP is currently being negotiated inside and we’re asking the museum to drop BP.”

A spokesman for the museum said it had been temporarily closed for safety reasons, and it hoped to be able to reopen shortly.

A BP spokesman: “BP has a long history as a major supporter of arts and culture in the UK and we are proud to have partnered the British Museum for 20 years, supporting significant exhibitions such as the new Sunken Cities exhibition.”