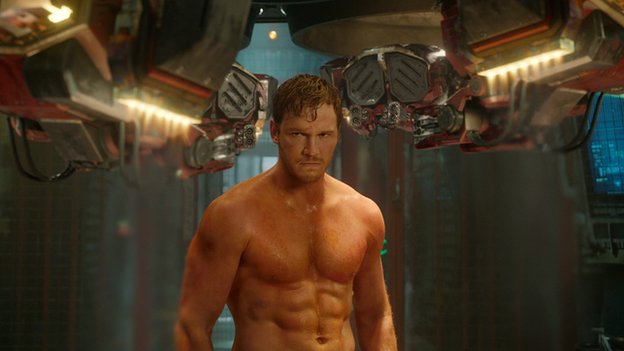 A sequel to Guardians of the Galaxy is planned for 2017

Sci-fi romp Guardians of the Galaxy is the top film at the North American box office again after one of the slowest weekends of the cinema-going year.

Overall, though, ticket receipts were down 23 percent on this time last year.

With no new entries in the Top 10, the highest ranking new release could only muster an 11th place debut.

The Identical, a faith-based musical drama about twin boys separated at birth, took just $1.9m (£1.1m) on what is traditionally a sluggish weekend for North American cinemas.

Guardians of the Galaxy, about a wise-cracking team of renegade heroes, has now claimed the number one spot four times in its six weekends on release in the US and Canada.

The film’s worldwide takings now stand in excess of $586m (£362m), making it the sixth most financially successful production to emerge from Marvel’s comic book universe.

Teenage drama If I Stay claimed third place with takings of $5.8m (£3.6m), ensuring this week’s top three titles were identical to those of the previous weekend.

This entry passed through …read more

New Doctor Who companion to be revealed