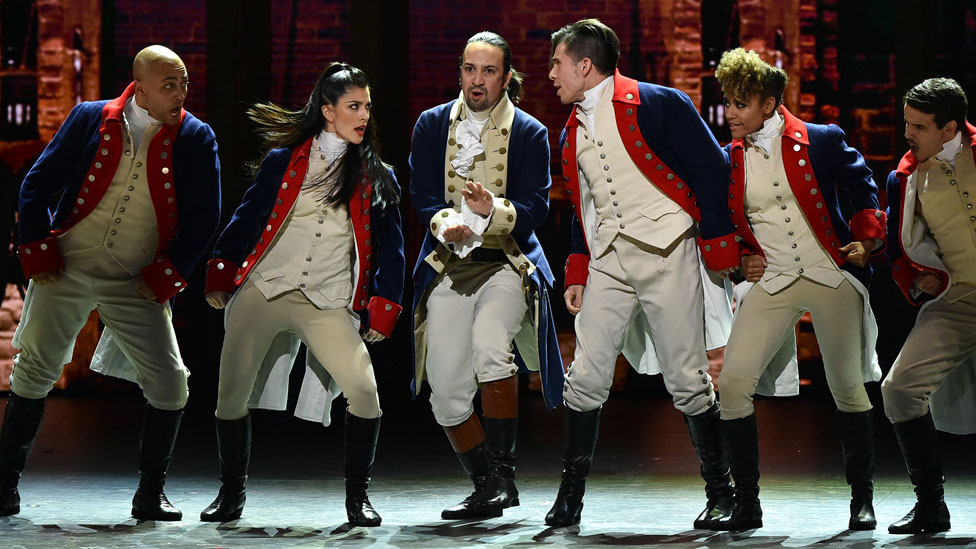 The West End production of hit musical Hamilton has found its leads – though we still don’t know who’ll be playing Alexander Hamilton himself.

Could show creator Lin-Manuel Miranda be persuaded to play the role when the show opens in London in November?

The 37-year-old is in London shooting Mary Poppins Returns and is understood to have sat in on auditions.

According to the Daily Mail, however, he will not be available “until some time in 2018”.

The hip-hop musical about one of America’s founding fathers dominated last year’s Tonys, walking away with 11 prizes.

Yet none of its award-winning stars will be reprising their roles in the show’s initial run at London’s Victoria Palace theatre.

The role of Aaron Burr will be played by Giles Terera, who was seen at the National Theatre last year in Ma Rainey’s Black Bottom.

The actor, who has also appeared in Avenue Q and The Book of Mormon, will play Hamilton’s political rival, a role that saw Leslie Odom Jr win the Tony for best actor in a musical.

Miranda himself described Terera as “CRAZY good” on Twitter.

Go will be reprising that role on Broadway this March, after which she will travel to London to begin Hamilton rehearsals.

Fellow Filipino Christine Allado will play the dual role of Peggy Schuyler and Maria Reynolds, while Rachel John will play Angelica, the oldest of the show’s three “Schuyler Sisters”.

Jason Pennycooke will play the dual role of the Marquis de Lafayette and Thomas Jefferson, while Cleve September will double up as John Laurens and Hamilton’s son Philip.

Newcomer Tarinn Callender, meanwhile, will make his professional stage debut in the dual role of Hercules Mulligan and James Madison.

There is no news yet on who will play the role of King George III, the British monarch who was on the throne at the time of the American Revolution.

Set during the American War of Independence and its aftermath, Hamilton uses hip-hop, rap and R&B to chart the life of the new nation’s first treasury secretary.

Tickets that went on …read more

England fan jailed for pushing man in front of Tube

Renee Zellweger: Tabloid news is cause for concern

BBC 'at a tipping point' with cuts