Harry Potter and the Cursed Child: Further 250,000 tickets to be sold 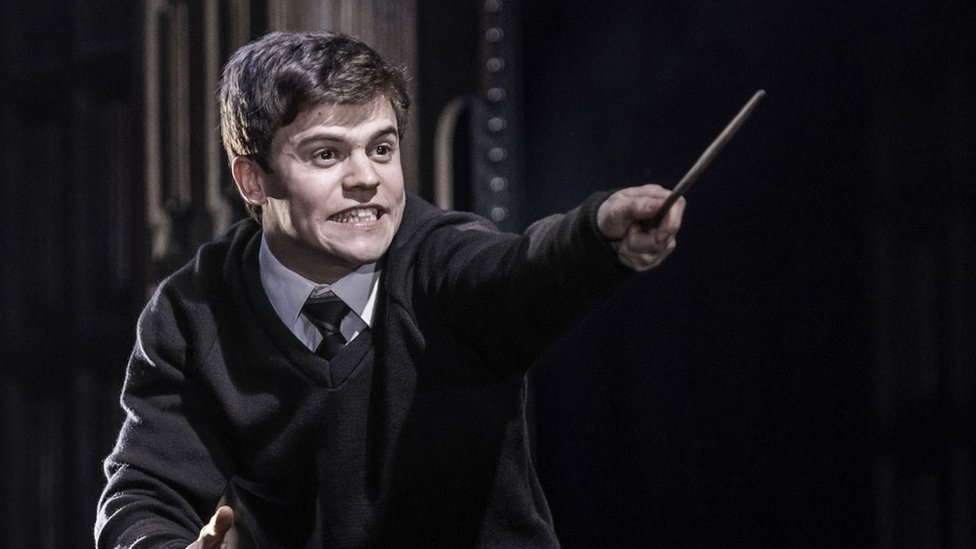 A quarter of a million extra tickets for the new two-part Harry Potter play are to go on sale.

Harry Potter and the Cursed Child has been showing at London’s Palace Theatre since June, but officially opens on Saturday.

A further 300 tickets for each show in the play’s current sold-out run – which is due to continue until December 2017 – will be released on 4 August.

It has won five-star reviews and been called “a game-changing production”.

The play, written by Jack Thorne, is set 19 years after the seventh and final book in the series by JK Rowling.

Presented in two parts and running to more than five hours, it shows the main characters from the books as adults in their mid-thirties as their own children head off to Hogwarts.

Audiences have been urged to “keep the secrets” by Rowling and the show’s producers since the previews began.

Before the new tickets are released on 4 August, those wanting to see the show have to rely on returns or on being successful in a weekly draw for tickets.

On Monday, it was revealed by bookseller Barnes and Noble that the play had become the most popular pre-ordered book in the US for nearly a decade.

The script of Harry Potter and the Cursed Child is published this weekend.

Women in the arts slate Channel 4 board...

McCartney to Get Back his Beatles songs

One Direction's final gig… sort of