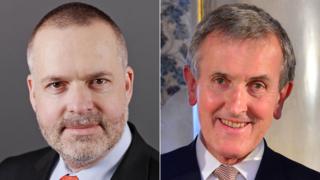 German art historian Hartwig Fischer is to replace Neil MacGregor as director of the British Museum.

Prime Minister David Cameron approved the appointment on Monday and MacGregor said he was the “perfect choice”.

Dr Fischer, who will take up the post in Spring 2016, described the museum as “a model of public engagement, critical scholarship, and international outreach”.

He is currently director general of the Dresden State Art Collections.