Has Adele given her Grammy to Beyonce? 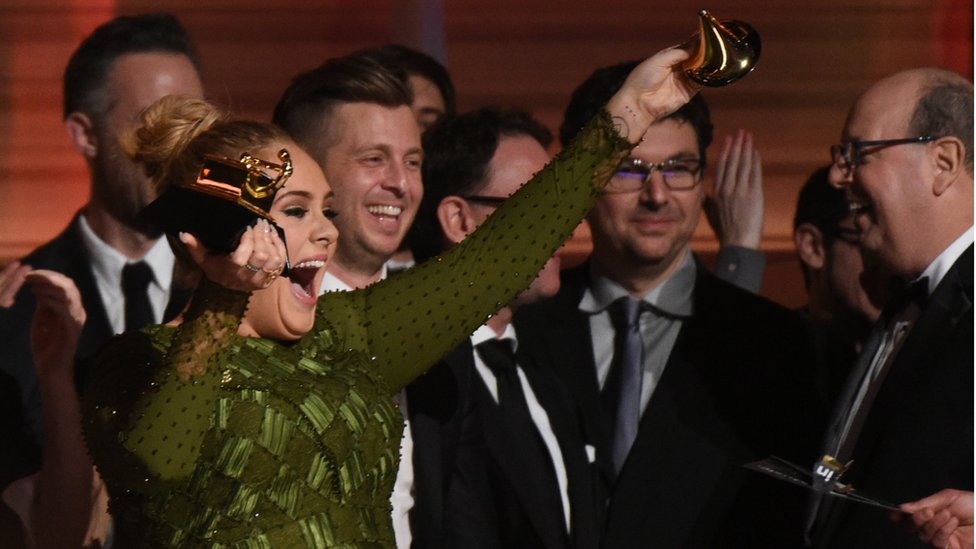 Adele has apparently turned down the Grammy award for best album, saying Beyonce deserved it more.

The pop star was given the night’s top honour for her multi-million selling record 25, but told the audience, “I can’t possibly accept this award”.

“I’m very humbled and I’m very grateful, but Beyonce is the artist of my life”.

Adele’s victory over Beyonce is certain to boost complaints that the Grammys habitually overlook black artists.

Several artists, including Frank Ocean and Kanye West, chose to skip this year’s ceremony on that basis.

Ocean even declined to submit his critically-acclaimed album, Blonde, for consideration, saying the Grammys did not “seem to be representing very well for people who come from where I come from, and hold down what I hold down”.

Two years ago, West stormed the stage when Beyonce was beaten to the best album title by Beck’s Morning Phase.

However, Adele’s 25 was by far the biggest-seller on this year’s shortlist; outselling Beyonce’s Lemonade by a factor of 10 to 1.

It is unclear if Adele will officially reject her award. If she does, it would only be the second time in history that has happened.

The last was in 1990, when Sinead O’Connor turned down best alternative album for I Do Not Want What I Have Not Got, claiming the ceremony was too “commercialised”.