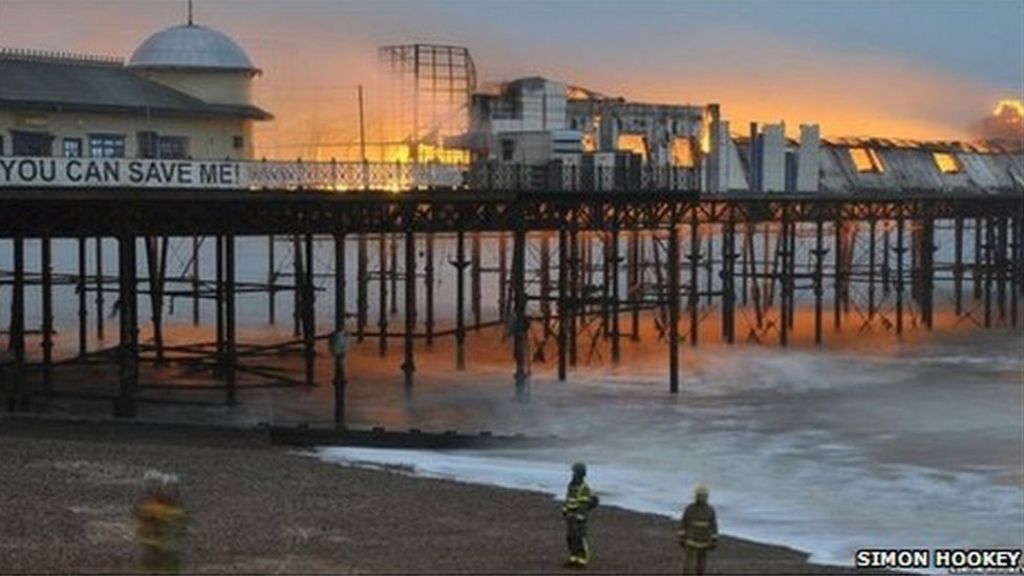 Hastings Pier will reopen with an official ceremony later, nearly six years after it was gutted in a devastating fire.

The 144-year-old structure was almost destroyed by the blaze in 2010.

But after a £14.2m redevelopment, its new owners are implementing a phased reopening from 10.00 BST.

The former pavilion will open first, but the public will be able to walk around the entire pier for the first time in almost a decade.

A spokesman for the Hastings Pier Charity (HPC), which runs it, said: “We hope it will re-energise Hastings, not just as a tourist destination, but it gives a fantastic new facility to local people, as well.”

Hastings Borough Council estimates the attraction, rebuilt over two-and-a-half years, will generate more than £1m a year for the local economy.

After a prosperous period in the mid-20th century, the pier, built in 1872, suffered a decline as tourists set their sights farther afield.

And by 2006 it had fallen into such disrepair that it had to be closed for safety reasons.

Although it reopened briefly, the gates were closed for good in 2008, and when fire wrecked 95% of what was left in 2010, its future looked bleak.

But Hastings Borough Council compulsorily purchased it from its previous owners in 2012, and the so-called “people’s pier” is now in the hands of the HPC and more than 3,000 shareholders, who bought into the project at £100 a share.

Lawrence Bell, who runs the White Rock Hotel near the seafront, said the 2010 fire had galvanised the campaign to save the building.