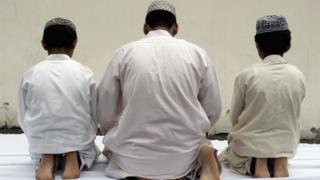 The number of Muslims attacked each week in London has more than tripled since the Paris attacks, figures show.

The Met Police said in the week prior to the terror attacks on 13 November there were 24 recorded Islamophobic incidents. Weeks after there were 76.

Mussurut Zia from the Muslim Women’s Network UK said the community was “fearful” but people of other faiths had come forward in “solidarity”.