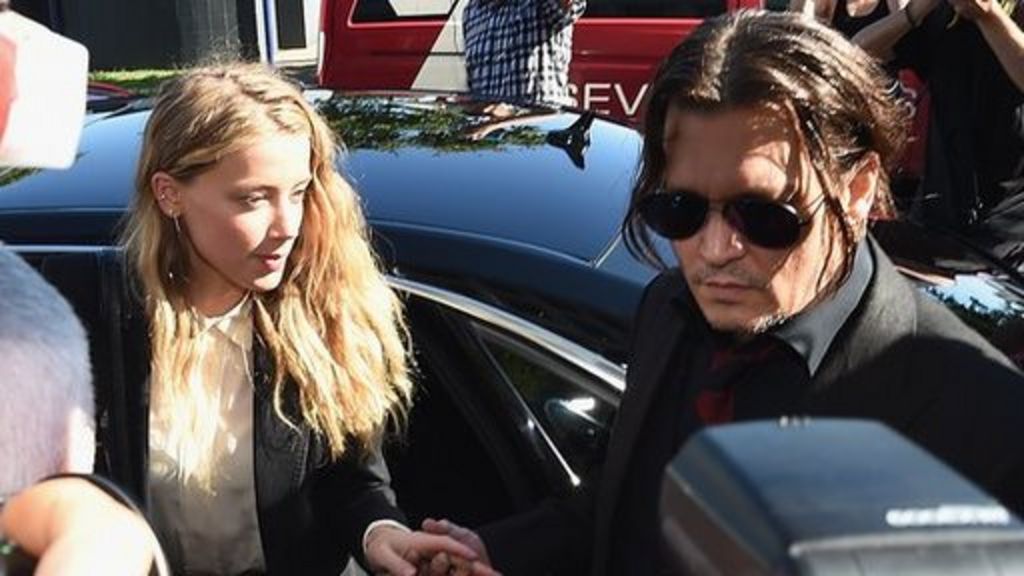 Ms Heard, who appeared in court on Monday, had pleaded guilty to making a false statement on her immigration card about the couple’s Yorkshire terriers.

But the Queensland judge gave her a one-month good behaviour bond with no conviction recorded. If she breaks the bond she must pay A$1,000 ($770;£540).

Two illegal importation charges against her were dropped earlier.

Her guilty plea meant Mr Depp was excused from giving evidence to the court.

A video was also shown in court, and made public by the Department of Agriculture, in which the couple expressed remorse and advised travellers to respect Australian laws.

It had been dubbed Australia’s War on Terrier. In the end it concluded rather more amicably.

Johnny Depp and Amber Heard arrived in court looking relaxed, if a little jet lagged, having reportedly flown in by private jet from Hawaii. It was a long way to come for a very short court case.

At the time the incident provoked a war of words with Australia’s then-agriculture Minister Barnaby Joyce who said the dogs should “bugger off back to the United States” be put down. Mr Depp fired back referring to Mr Joyce some kind of “sweaty big gutted man from Australia”.

In court though, proceedings were much more civil and perhaps even dull. Mr Depp appeared close to dozing off at some points.

As the sentencing was read out, the couple embraced, perhaps with relief. Ms Heard got off relatively lightly.

And after a case that has likely cost hundreds of thousands of dollars in legal fees, some will be asking was it all really worth it.

Ms Heard brought the dogs, Pistol and Boo, to Queensland in a private jet in May 2015 to visit Mr Depp, who was filming Pirates of the Caribbean: Dead Men Tell No Tales.

The dogs’ presence in the country was noticed after a local dog groomer posted a photo of them on social media.

Ms Heard, 29, pleaded had guilty to declaring “No” on her immigration card under the section asking if she was bringing anything, including animals, into the country.

Her lawyer argued that the actress had done so …read more

Liverpool to reimagine The Beatles' Sgt Pepper in...