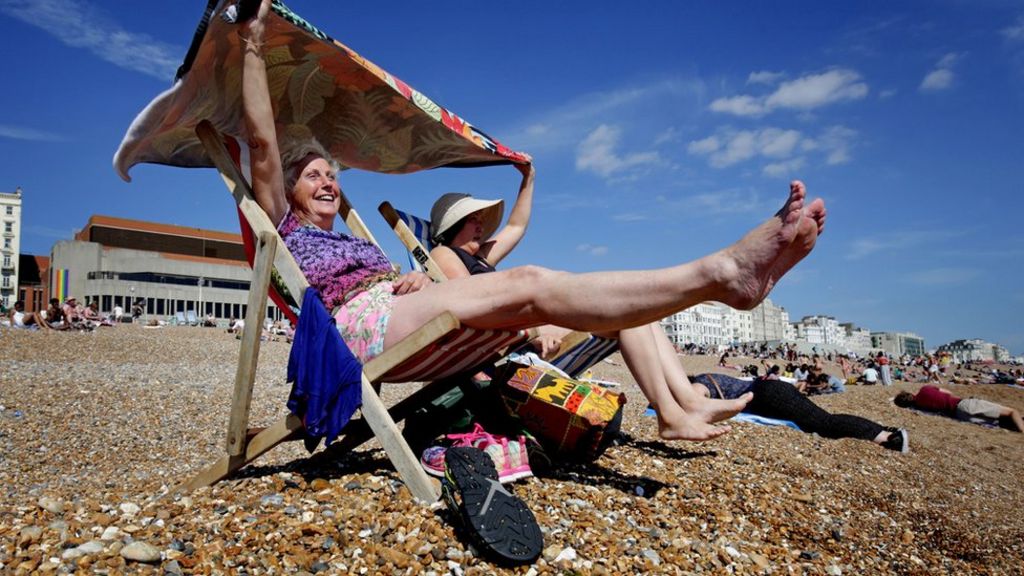 The Met Office has issued heatwave alerts across the south and east of England, with temperatures expected to reach about 30C (86F) in some areas.

A level-three heatwave alert is in place for the east of England, where daytime temperatures and warm nights are forecast until early Friday.

London and south east England are on a level-two alert, meaning heatwave conditions are also likely this week.

Public Health England urged people to be aware of the health risks of heat.

Older people, those with underlying health conditions and young children may be particularly vulnerable to ill-effects as temperatures rise, it warned.

Wales and north England are also expected to experience warm temperatures this week, reaching about 26C (78.8F) on Tuesday afternoon.

Scotland and Northern Ireland are forecast lower temperatures with cloud and some showers possible.

John 'Goldfinger' Palmer: Criminal was 'under surveillance' for...