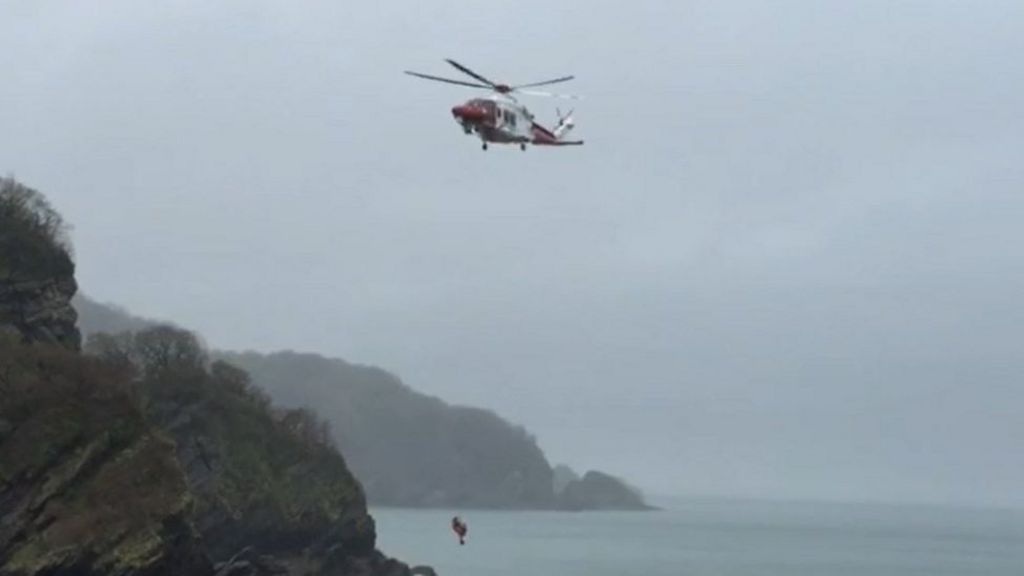 Dramatic footage has been released of a boy being rescued by helicopter after getting into difficulty on a cliff at Combe Martin, Devon.

Ilfracombe coastguard rescue team was called by a member of the public on Sunday afternoon who had spotted two boys on a cliff.

It is believed they had come out of a rubber dingy.

One boy was able to climb up the rock to safety, but the other needed to be winched by helicopter.

They were “a bit wet” but uninjured, according to a coastguard spokesman.

He said the two boys had been on holiday in the area at the time of the incident.

Eye-witness Andy Jenkins, who filmed the rescue, said the weather conditions were wet and windy.

He praised the actions of the rescue team.

“It was very interesting. The professionalism of the helicopter pilot and the winchman was unbelievable.”

Brighton's i360 tower to remain closed 'until Wednesday'