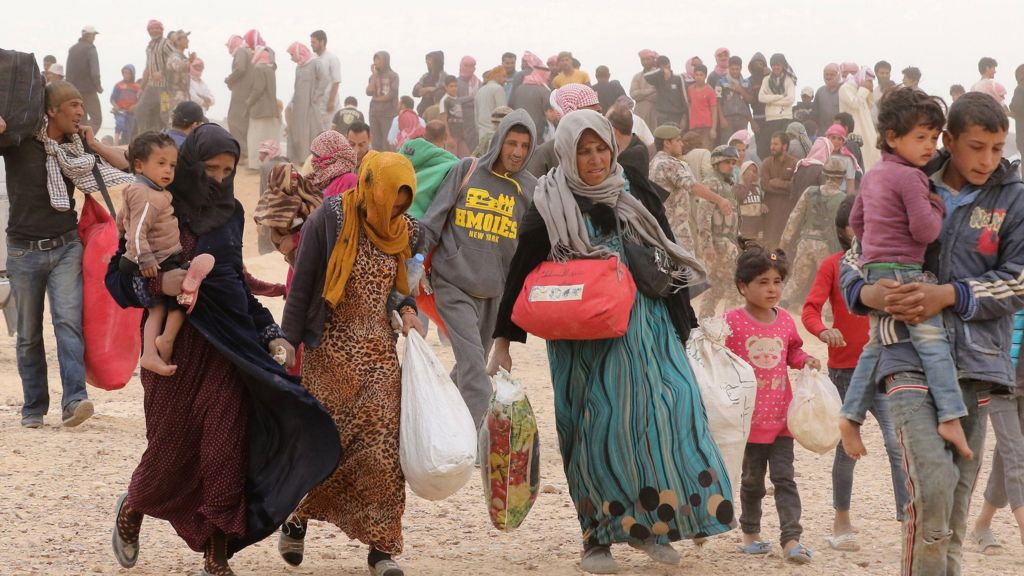 More than 200 religious leaders have urged the UK to relax immigration rules so refugees from Syria and other areas can be reunited with their families.

In a letter to the prime minister, they say close relatives of Britons and refugees already in the country are living abroad in “desperate conditions” and should be given a legal route in.

Ministers say the UK has been at the head of the response to the crisis.

Former Archbishop of Canterbury Rowan Williams is among representatives from the Buddhist, Christian, Jewish, Hindu, Muslim and Sikh faiths to have signed the letter to Theresa May.

The signatories, who are acting in a personal capacity, also include Baroness Rabbi Julia Neuberger and Muslim Council of Britain secretary general Harun Rashid Khan.

The letter calls on the government to “urgently revise its policy” to help refugees fleeing Syria, Iraq and other areas of conflict “by adopting fair and humane family reunion policies”.

The letter says: “Under the present immigration rules, a British doctor of Syrian origin could not bring her parents from a refugee camp in Lebanon – even though they were refugees and she could support and house them.

“A Syrian child who arrived alone in the UK could not bring his parents from a refugee camp in Jordan – even if the child were recognised a refugee and even though his parents were themselves refugees.”

Families of refugees, they add, “can currently be reunited only by resorting to desperately unsafe irregular journeys, sometimes ending in avoidable tragedies”.

Last week, Home Secretary Amber Rudd said the UK was on track to deliver the promise made by former Prime Minister David Cameron to resettle 20,000 Syrian refugees by 2020.

Bosses could face jail for failure to prevent fraud