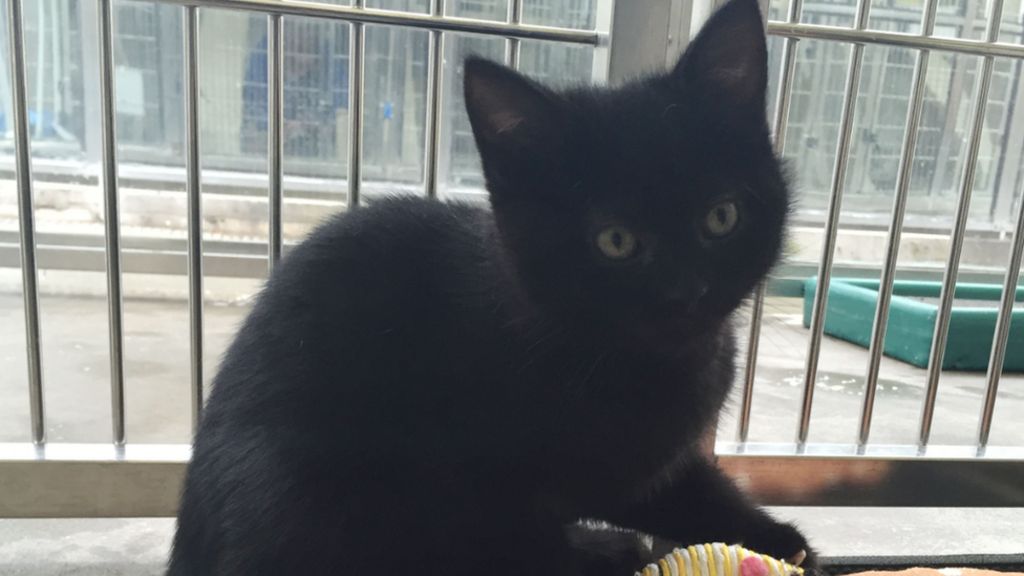 A hermaphrodite kitten has left rescuers at a loss over how they should refer to it.

It was initially thought nine-week-old Bellini, who was dumped when just a few days old, was male.

But several weeks later, vets discovered the unusual condition during a routine neutering procedure when they found male and female genitalia.

Adoption centre manager Sonia Scowcroft said it would be up Bellini’s new owners to choose a gender.

Ms Scowcroft, of Cats Protection in St Helens, Merseyside, said she had only ever seen one other hermaphrodite cat in 3,000 animals.

She said: “We have got used to calling Bellini a boy, but really it is up to his new owner to decide what they think is best.

“Either way, he is an absolute cutie pie and will make a really lovely pet.”

Bellini has a slight heart murmur so will need regular veterinary checks, the adoption centre said.

The animal is ready to be re-homed with Daiquiri, a female kitten born in the same litter.

She said: “This may arise through mosaicism – which is when a kitten’s cells divide unusually while the kitten is a growing embryo.

“Bellini appears to be in the last group with a mixture of both.”

Fire breaks out at wholesale market