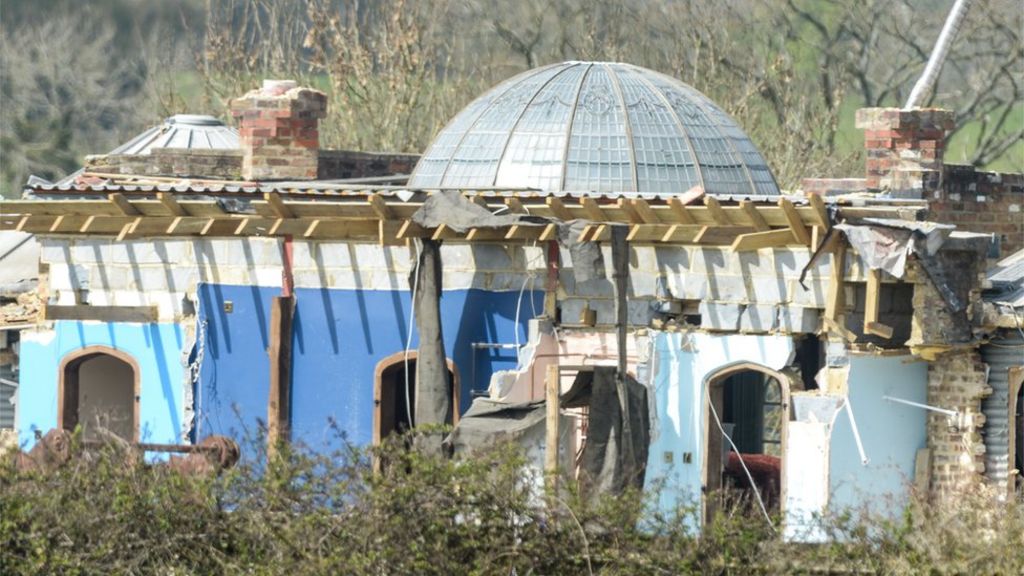 A farmer told to demolish a mock Tudor castle that was built without planning permission has vowed to rebuild “the work of art” elsewhere.

Robert Fidler built the house in Salfords, in the Surrey greenbelt, in 2000 and hid it behind hay bales.

He told Mr Justice Dove at London’s High Court that his “beautiful home” had now been “carefully dismantled”.

“Hopefully, it will be rebuilt on another site with full planning permission,” he said.

At a previous hearing, Mr Fidler, 66, had been told to tear down his home by 6 June or face jail.

The house had been “very largely” demolished, he said, but there was “still more to be done”, including restoring the land to its former agricultural use.

He said the “technical legal position” was that Mr Fidler remained in contempt of court, but the parties had agreed for the matter to be adjourned for a month to give him “an opportunity completely to comply”.

Representing himself, Mr Fidler insisted: “I broke no law. I was looking after my family. I acted in good faith. I am a law-abiding citizen.”

He described the four bedroom castle as a “work of art built lawfully”, but said he would “fully comply” with the council enforcement notices.

Mr Justice Dove adjourned the case until 4 July, but said he hoped it would not be necessary for it to return to court.

Mr Fidler told him: “I assure you we will not have to come back.”

At the end of the hearing, he said to the judge: “When I rebuild my house, I want you to come and see it.”