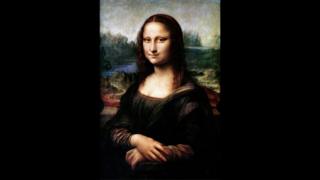 The painting hangs in the Louvre in Paris

An image of a portrait underneath the Mona Lisa has been found beneath the existing painting using reflective light technology, according to a French scientist.

Pascal Cotte said he has spent more than 10 years using the technology to analyse the painting.