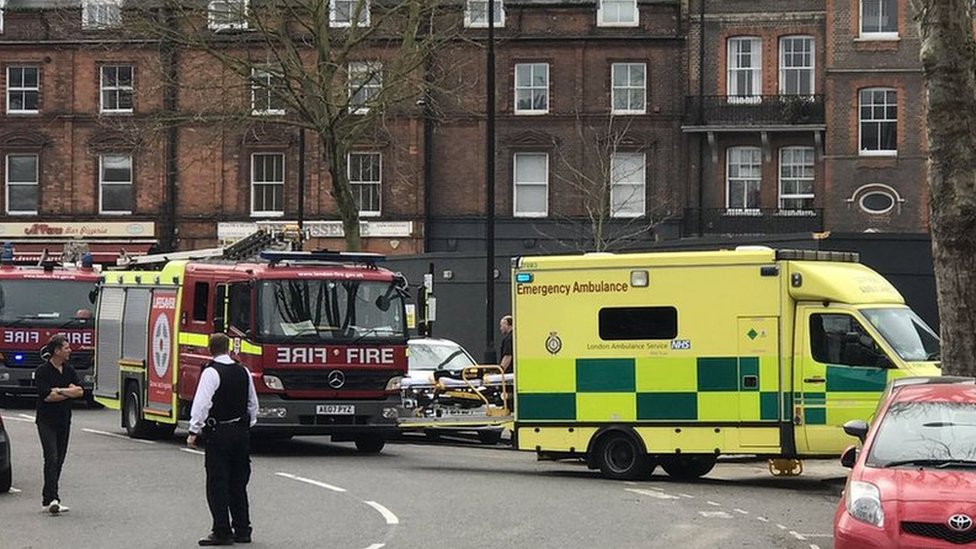 The developer of a site where a man died in an explosion was already being investigated over safety concerns, it has emerged.

A man died at the construction site in Highgate, north London, on Thursday.

Camden Council said a complaint made this month about the demolition of a brick wall is now being investigated by the Health and Safety Executive.

In January, residents also raised concerns about the removal of fuel tanks at the former petrol station.

Emergency services and the London Air Ambulance were called to an “industrial incident” on Swain’s Lane just after 14.00 GMT.

A builder in his 50s was taken to hospital where he later died.

The 1930s-terrace, on the site of a former shopping parade, is due to be replaced by eight new shops and 12 houses.

Owners Noble House were aware of safety concerns but had claimed to residents there were “no indications of hazardous materials”.

A report had also “indicated ways to deal safely with the underground tanks” developers said.

Highgate councillor and Green London Assembly Member Sian Berry told the BBC that builders had been due to remove petrol tanks from the site this week.

“I was there last Friday and saw a big tank that used to store petrol. The first stage of construction was taking these tanks away.”

Ozan Yelken, 27, a supervisor at neighbouring Bistro Laz restaurant said: “I heard a very big bang, like a wall collapsing.

“I ran outside and it was very quiet for a few seconds then people started running into the construction site.”

The Health and Safety Executive said it was aware of an incident that took place Swain’s Lane and is in contact with the emergency services.

Viola Beach were 'living the dream'