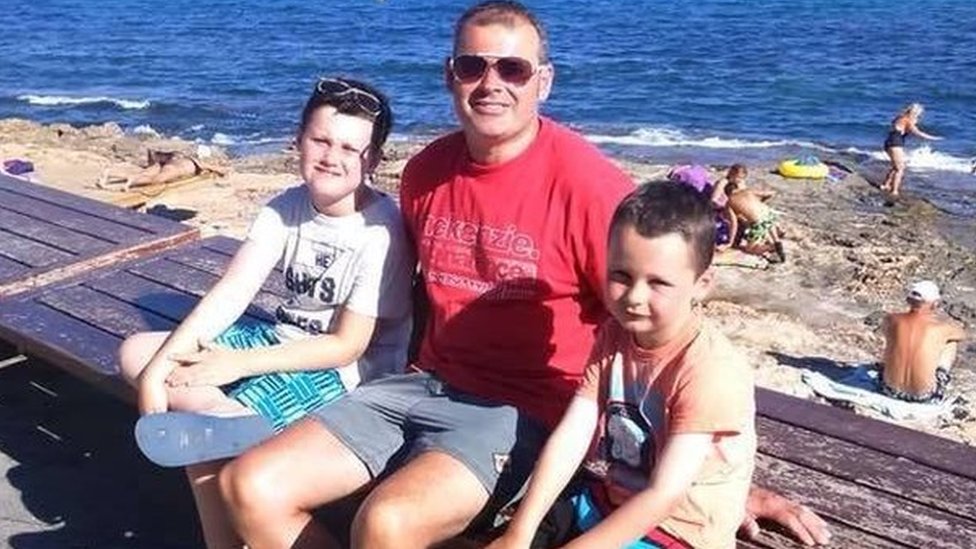 A minute’s silence has been held for two children who were found dead at their Leicestershire home along with their father.

Youngsters from Hinckley Rugby Football Club lined up before training to remember fellow player Adam Stokes, 11, and his brother Matthew, 5.

Police found the boys dead at the house in Hinckley early on Wednesday after being called to a disturbance.

Their father David Stokes, 43, was found dead from a stab wound.

The children’s mother, Sally Stokes, was found injured at the house in Welwyn Road and taken to hospital.

A minute’s silence was also held for the family at St Mary’s Church in Hinckley.

Richard Spalding, whose son was close friends with Adam, said he “spent hours on the touchline often talking and playing with Matthew, as he watched his big brother play”.

Mr Spalding has set up a £5,000 fundraising campaign, for a memorial for the community, with any remaining funds will be used to assist the family.

“Our son feels a hole in his life and wishes to do something positive to help fill it in memory of the boys,” he said.

Police said the boys’ causes of death have not yet been “conclusively ascertained”.

The rugby club said Adam was “a pleasure to teach the game of rugby” and would be “greatly missed”.

“He was very well mannered, polite and a fantastic team player,” it said in a statement.

“All our thoughts are with Adam’s family and close friends as they struggle to come to terms with this tragedy.”

Officers called to the house initially found Mr Stokes, who was pronounced dead at the scene.

The children’s bodies were then found during a search.

Police called in after 'unrest' at HMP Bedford

Man arrested at Heathrow on suspicion of terrorism...