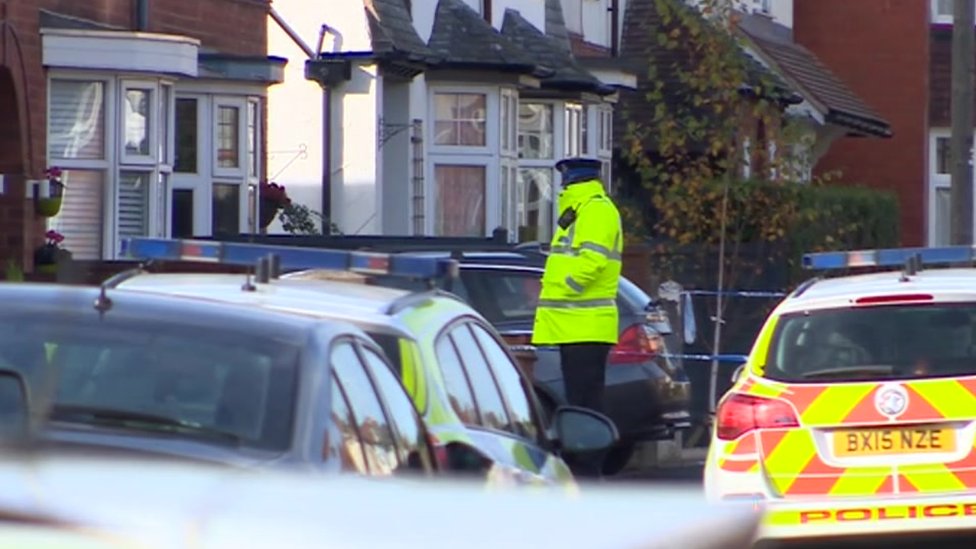 A vigil will be held later to remember two young boys found dead with their father at a house in Leicestershire.

Police said they believe them to be 43-year-old David Stokes and his children Adam, 11, and Matthew, five.

Mr Stokes’ wife, Sally, 44, was injured during the incident on Welwyn Road, Hinckley, on Tuesday night.

Leicestershire Police said they were continuing to investigate but currently did not believe anyone else to be involved.

More on this and other Leicestershire stories

As police had been in contact with both the man and the woman during the evening, the force has informed the Independent Police Complaints Commission.

The vigil will be held at St Peter’s Roman Catholic church in Leicester Road, which is close to Welwyn Road.

Father Frank Daly said he felt the community needed a focus for its grief and everyone was welcome to attend.

He said: “The first I knew what had really happened was when one woman in a terrible state came to the church, talking about the children.

“I feel it is necessary to offer the hospitality of the church at this time.

“It’s not a time for memorials or recriminations but for people to come here and express their sorrow.”

Mrs Stokes is being treated in hospital and said to be in a stable condition.

One neighbour, who did not wish to be named, said: “It’s just been such a shock. You hear about these things happening all the time but when its so close it’s particularly shocking – especially in what is such a nice area.”

The two boys attended St Mary’s CE primary school. Head teacher Rachel Ayres said: “Everyone is devastated by the tragic news about our pupils, Adam and Matthew, and our sincere sympathies are with their family and friends.”

She said special assemblies will be held to support the children at the school, with specially trained staff available.

A post-mortem is due to be carried out later.

Harlow celebrates its 70th anniversary as a new...