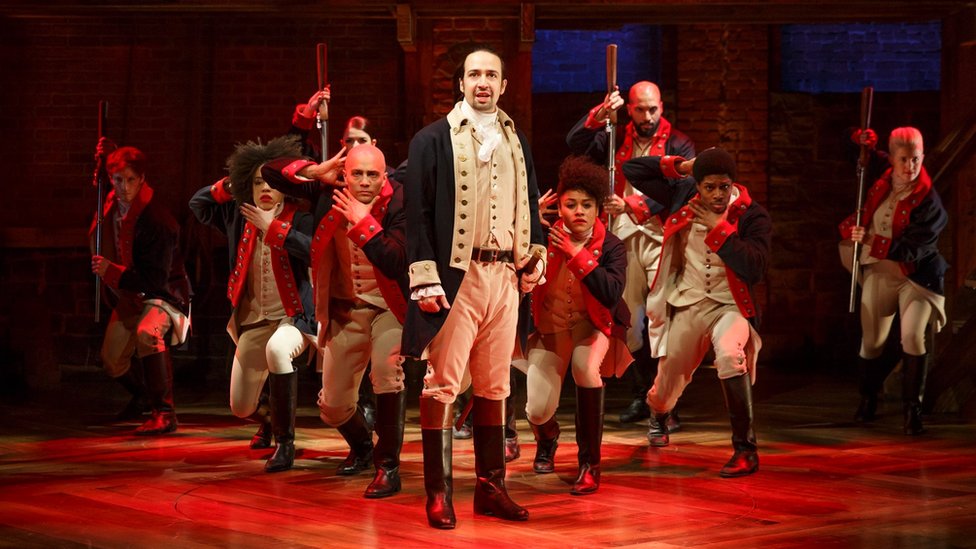 The award-winning Broadway hip-hop musical Hamilton is to bid farewell to three of its stars, including creator and lead actor Lin-Manuel Miranda.

It will also be a good-bye to Leslie Odom Jr., who portrays Aaron Burr, and Phillipa Soo, who plays Eliza Schuyler.

The hit show about the life of one of America’s founding fathers is described as “a landmark American musical”.

Miranda, who plays Alexander Hamilton, said he would work on other projects. Odom Jr. will focus on his career as a singer and Soo will take part in another musical.

Hamilton won 11 statuettes at the Tony Awards in New York last month – including one for Odom Jr. – and the Pulitzer Prize for drama earlier this year.

In addition to blockbuster ticket sales, the album of the show is the highest-selling cast recording for 50 years, picking up this year’s Grammy Award for best musical theatre album.

Caitlin Goddard, from Detroit, had been queuing from three nights and two days for a ticket.

“We wanted to see the show but we were OK to wait for a while. It was definitely finding out that so many of the principals were leaving that we were like, ‘OK, we have to do it now!'” she told the Associated Press news agency.

Hamilton is expected to open at London’s Victoria Palace Theatre in October 2017.

Cosby 'paid off accusers after sex'