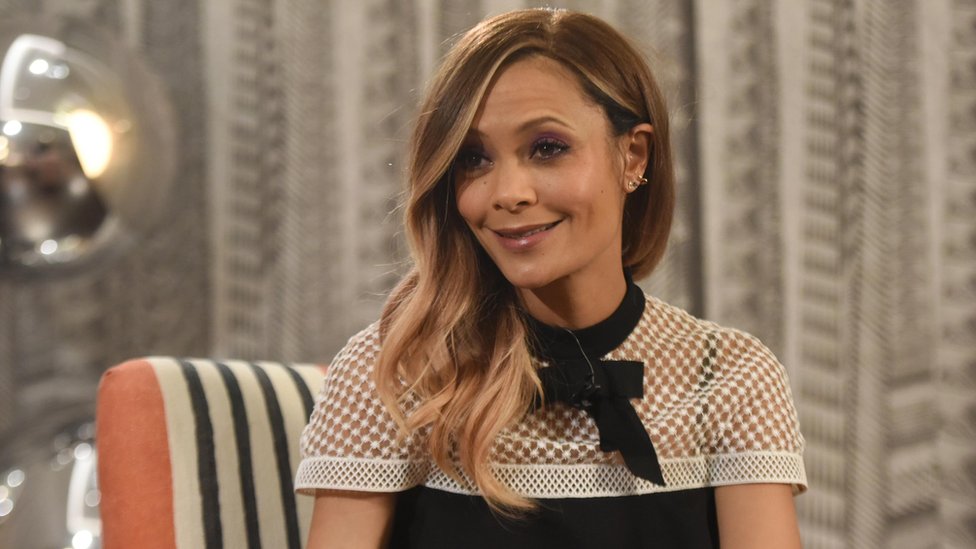 Actress Thandie Newton has said she “can’t work” in the UK because there are no roles for black and minority ethnic actors in historical dramas.

London-born Newton said the number of costume dramas had led to “slim pickings for people of colour”.

Her criticism comes after British Film Institute research found that 59% of UK films since 2006 had no black actors in any role.

Newton’s next UK TV role will see her appear in BBC One’s Line of Duty.

Speaking to the Sunday Times Magazine, the mother-of-three said: “I love being here, but I can’t work, because I can’t do Downton Abbey, can’t be in Victoria, can’t be in Call The Midwife – well, I could, but I don’t want to play someone who’s being racially abused.”

“I’m not interested in that, don’t want to do it… there just seems to be a desire for stuff about the Royal Family, stuff from the past, which is understandable, but it just makes it slim pickings for people of colour.”

Newton is one of many British actors who have complained about the lack of ethnic diversity in UK TV and film.

Former Spooks star David Oyelowo said there had been an exodus of black British actors to the USA, due to the lack of opportunities available in British drama.

In 2015, the star of A United Kingdom said: “We make period dramas in Britain, but there are almost never black people in them, even though we’ve been on these shores for hundreds of years.

“It’s frustrating, because it doesn’t have to be that way”.

The migration of black British actors to the US has been criticised by Hollywood star Samuel L Jackson.

He criticised the industry for hiring UK stars to play American roles, and said: “We’ve got a lot of brothers here that need to work too.”

His comments came after Skins actor Daniel Kaluuya starred in US racial thriller Get Out.

He said: “I love all my black brothers and sisters worldwide, and that’s my position.

“All I know is this my first-ever lead role in a film and I’ve lost out on a lot of roles because I’m black.”

He added: “It’s my one shot. I’m going to come through it and do my thing and go home.”

Basil Brush and Tiswas among 'at risk' TV...