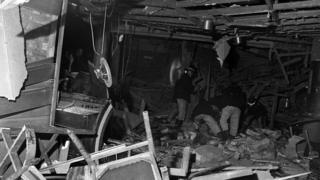 Lawyers representing the relatives of those killed in the Birmingham pub bombings say they hope a court hearing will lead to the resumption of the original inquests into the deaths.

Twenty-one people were killed in November 1974 when two bombs exploded in pubs in Birmingham city centre.

More than 40 years later, the families of the dead want the inquest into their deaths to …read more

May to target private firms in governance crackdown