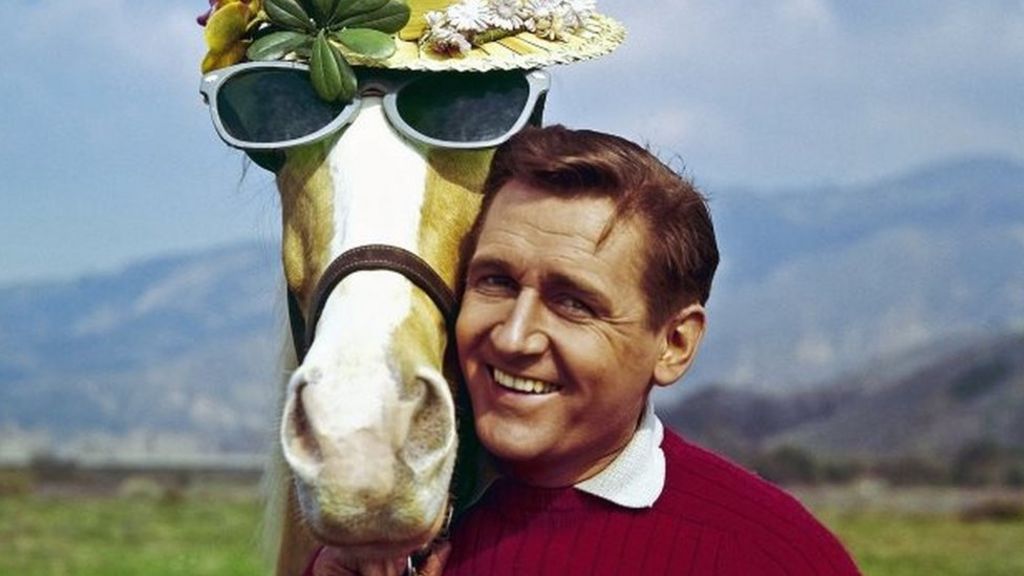 Actor and comedian Alan Young – who starred alongside a talking horse in the popular sitcom Mr Ed in the 1960s – has died in Los Angeles, aged 96.

He died of natural causes on Thursday at a film and TV retirement facility in the city, his manager said.

Young, who was born in the UK, educated in Canada and later became a US citizen, was buried at sea.

Young reputedly got the part when the comedian George Burns, whose TV production company was launching the series, said: “Get Alan Young. He looks like the kind of guy a horse would talk to.”

His four-legged co-star was Bamboo Harvester, who communicated with Wilbur in a deep, rolling voice provided by the cowboy star Allan “Rocky” Lane.

Young was frequently asked how they made the horse’s lips move.

The production team didn’t want to give their secret away, so Young said they put peanut butter in the horse’s mouth.

“I made up the peanut butter story, and everyone bought it,” he recalled in a 2009 interview.

In fact, a piece of nylon thread was used to manipulate Mr Ed’s lips in the early episodes.

“But Ed actually learned to move his lips on cue when the trainer touched his hoof,” said Young.

“In fact, he soon learned to do it when I stopped talking during a scene. Ed was very smart.”

During his carrier, Young also appeared in several films, including The Time Machine.

In 1951, he won a Primetime Emmy award as best actor in The Alan Young Show.

In later years, Young wrote for cartoons and voiced some of the characters.

He was the voice of Scrooge McDuck in Disney’s TV series Duck Tales.

“He was …read more

Shock finale for Game of Thrones