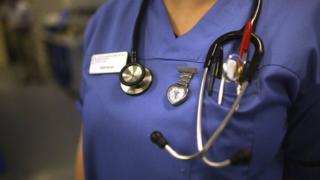 The vast majority of hospitals in England are struggling to recruit enough nurses, figures show.

Some 92% of the 225 acute hospital trusts in England did not manage to run wards with their planned number of nurses during the day.

The figures, published by the NHS, show that hospitals in England are falling short of their own targets for levels of safe staffing.

The Department of Health said staffing was a priority.

Analysis by the Health Service Journal shows average staffing levels across the 225 acute hospital sites in August was worse compared with data for January when 85% of hospitals missed their staffing targets for nurses working during the day.

The figures also showed 81% of hospitals failed to have enough registered nurses working at night.

Some 79% of hospitals missed their target for registered nurse staffing across both day and night.

Hospitals have been …read more